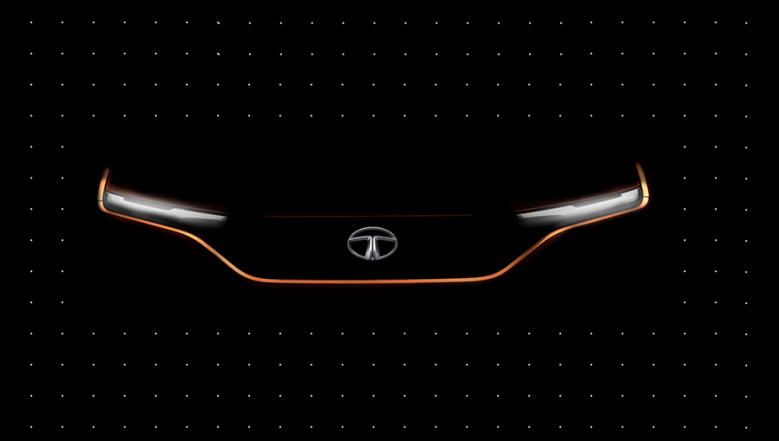 Tata H5X SUV is one of the most awaited products in the Indian market, which was unveiled at the Auto Expo earlier this year. As the production version of the SUV coming sometime later this year or early next year, the home-grown automaker will be revealing the market name for the production version of the SUV. The company teased the upcoming H5X SUV on social media to make an announcement regarding the name revealing, which is scheduled to be done today. Tata Motors Special 2018 Monsoon Offer: Discounts of up to Rs. 30,000 on Tigor, Nexon and Hexa.

The teaser image reveals that the H5X SUV will sport the 'Humanity Line' upfront along with LED headlights. To be positioned above Nexon, the highly awaited H5X officially made its public debut earlier this year at Auto Expo 2018 alongside Tata 45X premium hatchback.

Currently, there are only rumours in the market that hints that the H5X SUV could be christened as 'Harrier, when brought into production. The mentioned moniker reportedly has been used as an internal codename for the SUV which is said to be derived from the name of Hawk. However, an official confirmation on the same will be made today. Tata 45X HatchBack Unveiled at 2018 Indian Auto Expo Delhi: View Pics And Video of New Hyundai i20 Competitor.

To be built on Tata's new OMEGA platform, the production version of the H5X SUV is expected to come in both 5-seater and 7-seater configurations. The SUV will be new age product from Tata's stable, the company will be using Impact Design 2.0 philosophy. Considering Tata's strategy for the new products, the SUV could make its global debut by the end of 2018 post its name reveal today.

To be pitted against the likes of Jeep Compass and Hyundai Creta, the upcoming Tata H5X is one of the new products that the company will be introducing in the domestic market. The SUV will be manufactured at Tata's plant in Chakan. Under the hood, the H5X SUV is expected to be powered by the same 2.0-litre diesel unit which also powers Jeep Compass. The SUV is expected to be loaded with comfort and convenience features, advanced gizmos, powerful engines and more. As competitive pricing always has been key for the car maker, we can expect the same to be extended on the new SUV as well.