The exterior design of the new Audi RS 5 takes inspiration from Audi 90 quattro IMSA GTO. It gets sportier single frame grille, sweeping lines over the wide wheel arches, air vents at the front and rear, Matrix LED headlights, 3-dimensional LED rear lights and much more. Dimension-wise, the new Audi RS 5 Coupe comes with length of 4723mm, width of 1861mm and height of 1360mm along with wheelbase of 2766mm. In comparison to the predecessor, the second generation RS 5 Coupe is longer by 74mm, wider by 1mm while the height has been decreased by 6mm. Moreover, the wheelbase too has been increased by 15mm. 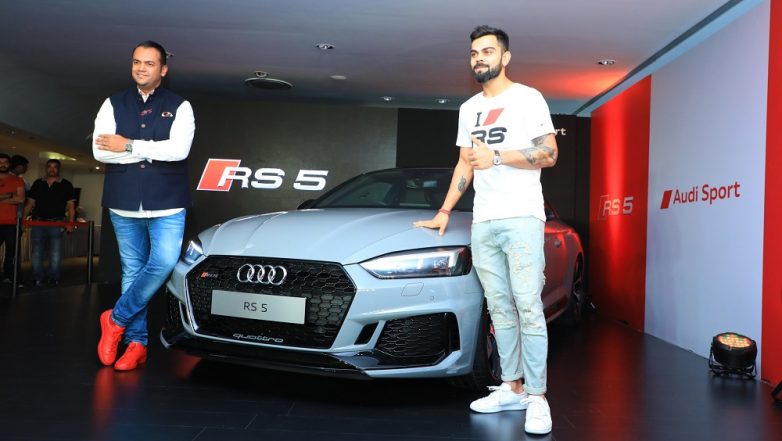 On the mechanical front, the newly launched Audi RS 5 Coupe comes powered by a 2.9 TFSI bi-turbo engine capable of producing whooping 450hp of maximum power with peak torque of 600Nm. The latest addition to the A5 family is claimed to hit the three-figure mark in merely 3.9 seconds prior hitting electronically limited top speed of 250 kmph. The engine is mated to an 8-speed tip-tronic automatic transmission which is tuned for sporty and dynamic driving that comes with quattro all-wheel drive. In comparison to the predecessor, the next generation RS 5 Coupe makes 17 percent less consumption. On the mileage front, the next generation RS 5 Coupe is claimed to return fuel economy of 10.8 kmpl. Also Read: Shahid Kapoor's Car Number Brings Him Loads Of Luck? PICS 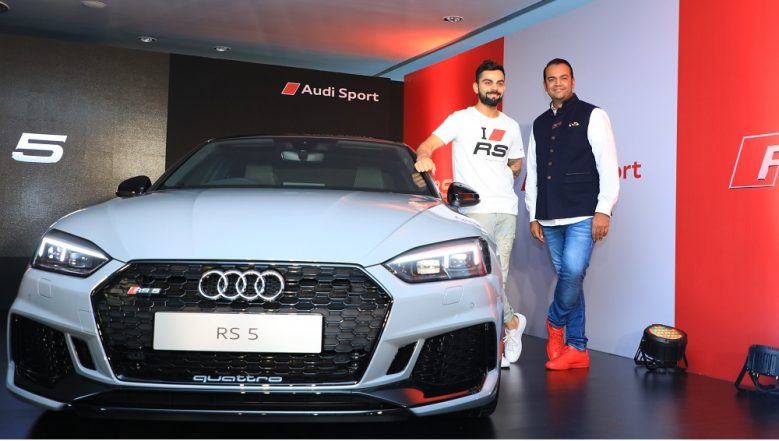 Mr. Rahil Ansari, Head Audi India stated that, “Audi Sport signifies the transition of Audi’s racetrack technology into production ready performance cars. Born on the track, built for the road - the all new Audi RS 5 Coupé is the gran turismo among the RS models from Audi Sport. The car’s V6 bi-turbo engine has been developed from the ground up and provides significantly more performance coupled with higher efficiency. The all new Audi RS5 Coupé combines the performance of a sportscar and the comfort of a sedan which makes it a desirable machine for our customers and enthusiasts who are smart yet adventurous and want to make an incomparable style statement.”

He further mentioned that, “2018 is the Year of Audi Progression and in line with this, we are renewing our performance car portfolio in India and have lined up more surprises in store for our performance car enthusiasts in the coming days. The all new Audi RS 5 Coupé is a unique product as it bridges the gap for the customers who are practical and want to own a luxury car with the performance of a sportscar.”