Bigg Boss 13: Abu Malik’s Twitter Fans Call Themselves #FiFians and Their Support for the Singer Might Make Him Win!

Bollywood singer, Abu Malik is creating quite a stir on the web. The star performer with his stellar act on the show has a committed fan following who call them #fifians! 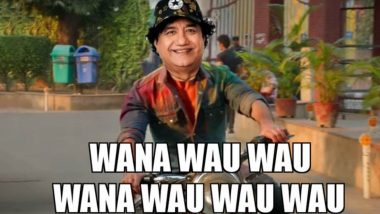 The most controversial reality show, Bigg Boss 13 is getting intense with each passing day. This year the 'only celebrities' inside the house are leaving no stone unturned to make it a superhit. Right from relationship dynamics changing every minute in the ghar to the masks of many inmates wearing off, the reality show is indeed fun. On last night's episode of Bigg Boss 13, we saw how Sidharth Shukla and Paras Chhabra locked horns and even how Rashami Desai broke down. Well, it's just the second week and the show is on fire alraedy. Having said that, one contestant who is unique in his own way is Anu Malik's brother Abu Malik. While not as prolific as Anu or even the other Malik brother, Daboo, Abu Malik has composed songs for two movies in his career - the Hinglish flick American Blend, and the comedy flick, Bad Luck Govind. Bigg Boss 13: Traders Association Moves Broadcasting Ministry to Censor Salman Khan's Show for Vulgarity (Read Statement).

Having said that, seems like Bigg Boss is giving the right amount of limelight to Abu. Why we say so? As the singer has a huge fan following on Twitter and his fandom call themselves, #fifians. Well, if you do not believe us try using the ahead mentioned hashtag on the micro-blogging site and you will witness pool of tweets lauding Abu. Ban Bigg Boss 13, Says Karni Sena, Alleging the ‘Reality Show Is Against Indian Culture’.

Have A Look At A few Tweets Below:

The great #AbuMalik once said :

For Fans Abu Malik Is A Winner Already!

#AbuMalik and EGG! Stand out performers for today! 😎

#AbuMalik is a Star! He is one of the most powerful person in the world!😐

Look at his Friends, still he is very down to earth person 😎#FiFians #BiggBoss #BiggBoss13 pic.twitter.com/3LF9GZMyyZ

Loving it! Yes, we do agree at a certain point that Abu Malik is entertaining inside the house, thanks to his humour. And why not? He is just being himself, 'real' on a reality show. The singer is more known for producing more than ten thousand stage shows with popular Bollywood celebrities, across the globe. He has also written a book - Rantings of a Mad Man - which, as per certain reports, are based on some of his whimsical WhatsApp group chats.

(The above story first appeared on LatestLY on Oct 11, 2019 02:03 PM IST. For more news and updates on politics, world, sports, entertainment and lifestyle, log on to our website latestly.com).