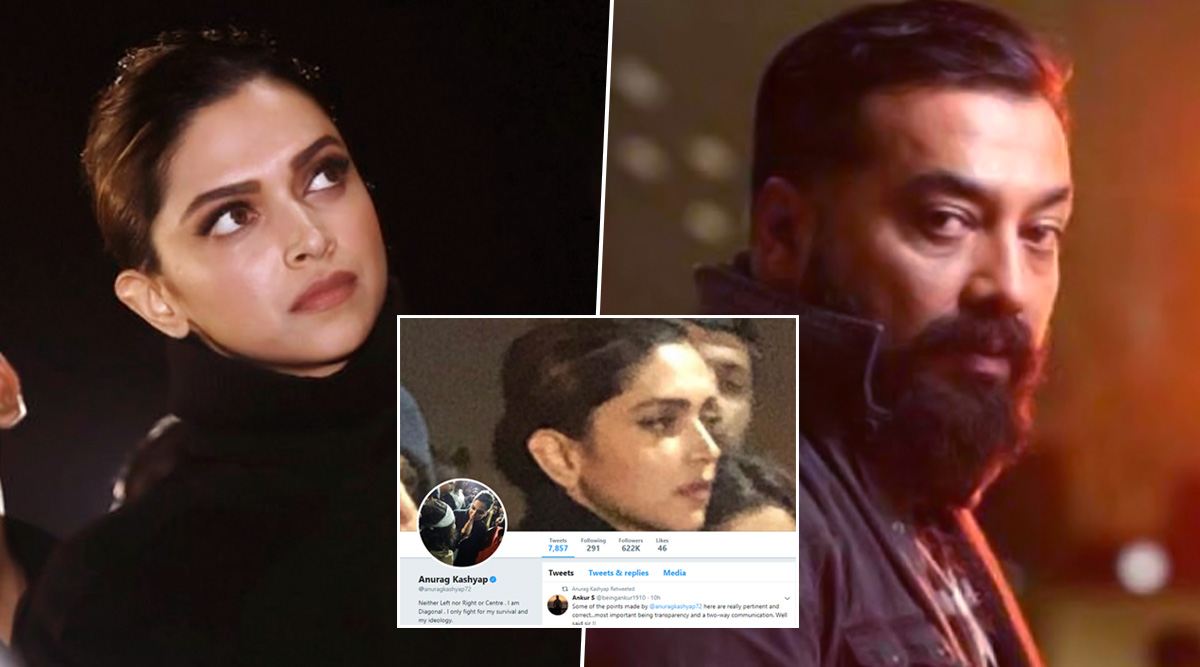 The netizens are right now divided into taking sides over Deepika Padukone's presence at Jawaharlal Nehru University. While there were many other Bollywood celebs already standing in solidarity with the students, the netizens took cognizance of the whole situation newly with a mainstream star like Deepika's participation into it. Anurag Kashyap who has been voicing against the violence at JNU since a long time extended massive support to Deepika's this move. He even changed the profile and cover picture of his official Twitter account as a token of appreciation. Deepika Padukone Visits JNU to Express Solidarity With the Students, Stands Beside Injured JNUSU President Aishe Ghosh and Former Student Leader Kanhaiya Kumar (View Pics).

Deepika had flown to Delhi and stood in solidarity with the students at this protest, which was a statement by her in itself. However, this move by the actress was seen by many as a 'PR gimmick' to promote her upcoming film, Chhapaak which is slated to release on January 10. Even though she received heaps of praises by a large chunk for taking a solid stand unabashedly, the discussion over her 'timing' is on, on social media platforms. 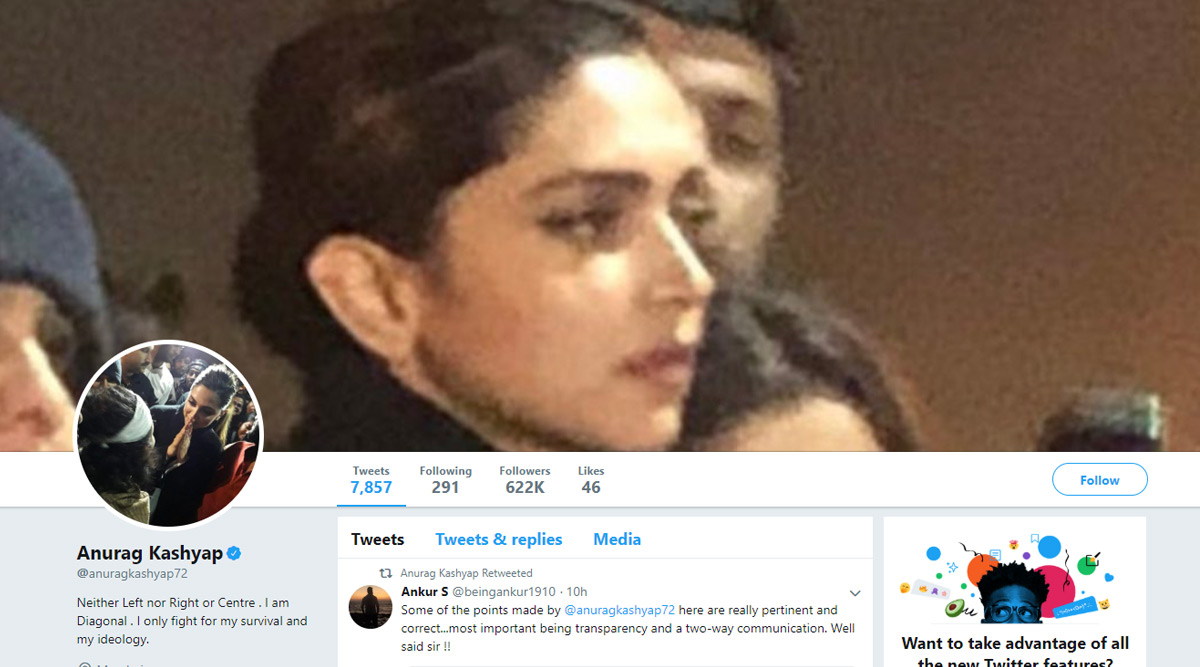 The actress did not speak during her presence but made it evident that she sided the students. The trolls started campaigns like #BoycottChhapaak and #BoycottDeepikaPadukone because she took a stance. Other actors who have extended support are Dia Mirza, Shabana Azmi, Richa Chadha, Swara Bhaskar, Sandhya Mridul, Mohd Zeeshan Ayyub, Sushant Singh, Hansal Mehta, Anubhav Sinha, Nikhil to name a few.