Atul Kulkarni: 'People Call Me Choosy but That's How I Want to Work'

Even after acting for more than two decades across several languages, actor Atul Kulkarni believes his performances come out fresh because when he entered the profession, he had promised himself to not work every day. 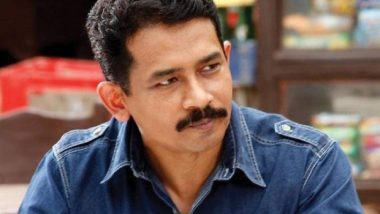 Even after acting for more than two decades across several languages, actor Atul Kulkarni believes his performances come out fresh because when he entered the profession, he had promised himself to not work every day. The actor is known for his performances in acclaimed films like "Rang De Basanti", "Chandni Bar", "Natarang" among others. Atul said for him, being on set every day has never been the be-all and end-all, as one also needs time to take in life experiences. "When I came into this profession, my first condition to myself and my managers was that I don't want to work every day. As an actor you keep giving, so it's important for you to need the time to take things in. The Raikar Case Review: Voot Select’s Murder-Mystery Series Has Good Suspense but Struggles to Contain Its Own Skeletons.

I've never believed in working every day. I only choose the work I like in whichever format or language," Atul told PTI in an interview. The actor believes he would rather wait for the right project to come his way even at the expense of being called "choosy". "I'm not tired of my profession, not overworked about going to the set and acting. I look forward to it. That's why it's easy to retain that freshness because I do what excites me. People call me choosy but that's how I want to work." Atul's latest appearance is drama-thriller "The Raikar Case", which is streaming on Voot Select. The Raikar Case Trailer: This Atul Kulkarni, Neil Bhoopalam Starrer Series Promises to be an Intriguing Whodunnit With a Family Twist (Watch Video)

While it isn't the first digital outing for the actor, having previously featured on "City of Dreams" and "The Test Case", he said it's important to keep up with the times and technology. "As a camera actor, you're constantly in touch with technology. First the technology came into existence and then film acting happened. So it's always going to lead us. Web series is a new format, where everything, from the writing to storytelling is different. "As an actor you have to approach it differently because you have a character which can go on for a long time. It is my duty to be on my toes, understand the new technology and adapt. That's exactly what I'm trying to do."

For "The Raikar Case", the 54-year-old actor said, he resonated strongly with the script which chronicles a family torn apart after a suicide and the various truths that come to light. "I believe in listening to a script as an audience more than an actor. If it excites me, it'll make me happy even when I'm working on it. 'The Raikar Case' had a fantastic thriller story, but it also talks about human relationships within a large family."