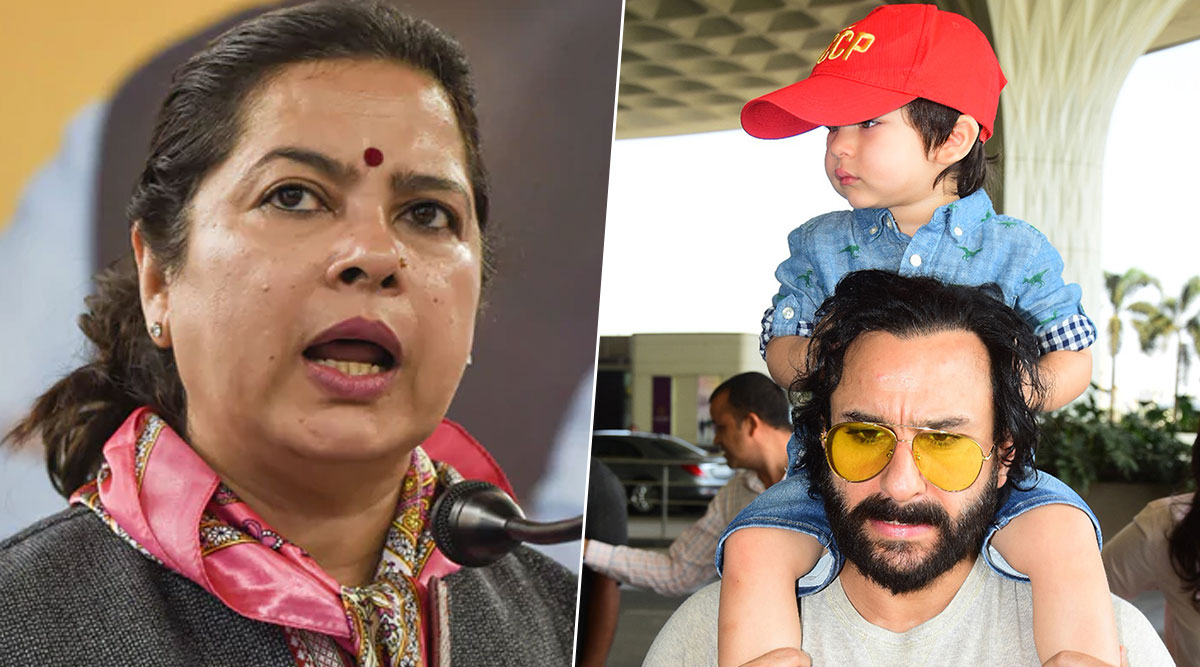 Saif Ali Khan is right now at the receiving end of the social media flak. The actor who was recently seen in Tanhaji: The Unsung Warrior, made some statements during an interview that have not gone down well with a certain section of the society. In his chat with Anupama Chopra, he had expressed that there he doesn't think there was an idea of India until the British arrived. BJP spokesperson Meenakshi Lekhi has taken to Twitter to lash out at him using his 3-year-old son, Taimur's name. Tanhaji Actor Saif Ali Khan Gets Massively Trolled for Expressing ‘There Was No Concept Of India Till Britishers Came’ (View Tweets).

She wrote on her micro blogging account, "Even Turks find Taimur a brute ! But some people choose to name their children Taimur." Before her, some of the trolls targeted the kid in the argument on social media too. Here is the tweet.

Even Turks find Taimur a brute ! But some people choose to name their children Taimur . https://t.co/T9xX5qihAw

Saif and Kareena Kapoor Khan had first faced the flak for the name of their baby boy when they announced it. They gave multiple clarifications and expressed their opinion on the same but looks like the trolls are yet to get over the name controversy yet.

For the uninitiated, Saif said in that interview, "For some reason, I didn’t take a stand. Maybe next time I would. I was very excited to play the role because it’s a delicious role. But when people say this is history, I don’t think this is history. I am quite aware of what the history was. I don’t think there was a concept of India till perhaps the British gave it one. I don’t think there is really any constructive point in arguing about loudly, provided you yourself know why you’re doing it, he said." BJP MLA Ram Kadam too mocked Saif's statement over the history. It has to be seen if the Pataudi family reacts at all.