Brahmastra at Kumbh Mela: Karan Johar Makes an Interesting Announcement and We Can't Wait to Know More Deets About It 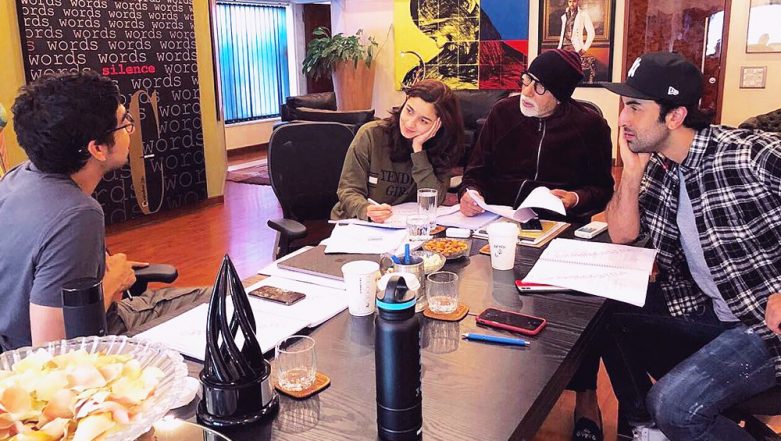 Karan Johar is currently gearing up for his next big release, Kesari, that stars Akshay Kumar. However, while the Battle of Saragarhi is a well-known event in history, not much is known about his Christmas release, Brahmastra. The movie that stars Ranbir Kapoor, Alia Bhatt, Amitabh Bachchan and Mouni Roy in the lead role is apparently something that we haven't come across in Bollywood. It's director Ayaan Mukherji's pet project and some high hopes are pinned on his sci-fi movie. Yes, Christmas is still nine months away but thanks to K Jo we don't have to wait that long to catch a glimpse about what Brahmastra will be all about. Ranbir Kapoor and Alia Bhatt's Brahmastra Will Star THIS Wrestler As A Villain.

The Ae Dil Hai Mushkil filmmaker took to his Twitter account to reveal something exciting about Brahmastra. He assured us that the ongoing Kumbh Mela will be extra special tonight and it has a connection to his Ranbir-Alia starrer in some way. He teased us with a teaser that suggests 'Brahmastra at Kumbh Mela' and that's all that we know about it. Will the lead actors attend Kumbh Mela tonight? Or should we expect them to unveil a teaser or a different logo of the movie? We don't know but it has surely piqued our interest in it. Salman Khan's Dabangg 3 to Clash with Ranbir Kapoor's Brahmastra?

Earlier when Amitabh Bachchan and Alia Bhatt tried to intrigue their fans with an announcement on #Prayagraj, they were slammed for being insensitive. Unfortunately, their tweets coincided with the arrest of IAF pilot, Abhinandan at the hands of the Pakistani military and the situation wasn't apt for any promotional event. The stars were quick to delete the tweets.