Deepika Padukone Recalls Being Mocked for Her Accent During Om Shanti Om, Says ‘Criticism Fuels Me’

Apart from this, Deepika Padukone's kitty is full of promising projects. She will be seen alongside Siddhanth Chaturvedi, Ananya Panday in Shakun Batra's untitled film. 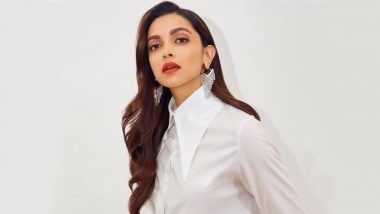 Deepika Padukone has come a long way since the first time we saw her on the big screen in Om Shanti Om. The film marked her debut alongside Shah Rukh Khan back in 2007 and she went on to do films that became a blockbuster. Deepika's journey has not been very easy with films that did not work and all the criticism she got for the roles that she has taken. Summing up her journey which is longer than a decade, Deepika opened up about the heavy criticism she received during her in an interview with India Today. Post Deepika Padukone’s JNU Visit, an Old Interview of Chhapaak Actress Supporting Rahul Gandhi for Prime Minister Is Going Viral.

Deepika was 19 when she entered the industry recalled her initial shooting days and called it a daunting experience. “I was extremely raw and unaware, but Shah Rukh Khan and Farah Khan held my hand and guided me throughout the entire process,” revealed the actress. She went on to talk about the criticism that she received during this time and tagged it as a life-changing moment. She said, “There was also a section of people who scathingly criticised my work--Oh she is a model. she cannot act: My accent was made fun of."

"A lot was said and written about me and my craft, and, the truth is, all of it was extremely hurtful. When you are all of 21, these kinds of brickbats most certainly affect you. Criticism fuels me. It fuels me to work harder, to improve my skills and evolve the various aspects of my craft. More importantly, it fuels my personal evolution. Failure, too, has taught me a lot. I have often been put down, even written off. But I have never been bitter about these experiences. In fact. I am grateful,”  added Deepika. Deepika Padukone Criticised for Challenging Makeup Artist to Recreate Look From Chhapaak on TikTok.

Apart from this, Deepika Padukone's kitty is full of promising projects. She will be seen alongside Siddhanth Chaturvedi, Ananya Panday in Shakun Batra's untitled film. She also has a film with Prabhas and her home production film Mahabharat in the pipeline. Padukone will also reunite with Shah Rukh Khan in Pathan and has already started to work on the project.

(The above story first appeared on LatestLY on Dec 28, 2020 11:03 PM IST. For more news and updates on politics, world, sports, entertainment and lifestyle, log on to our website latestly.com).