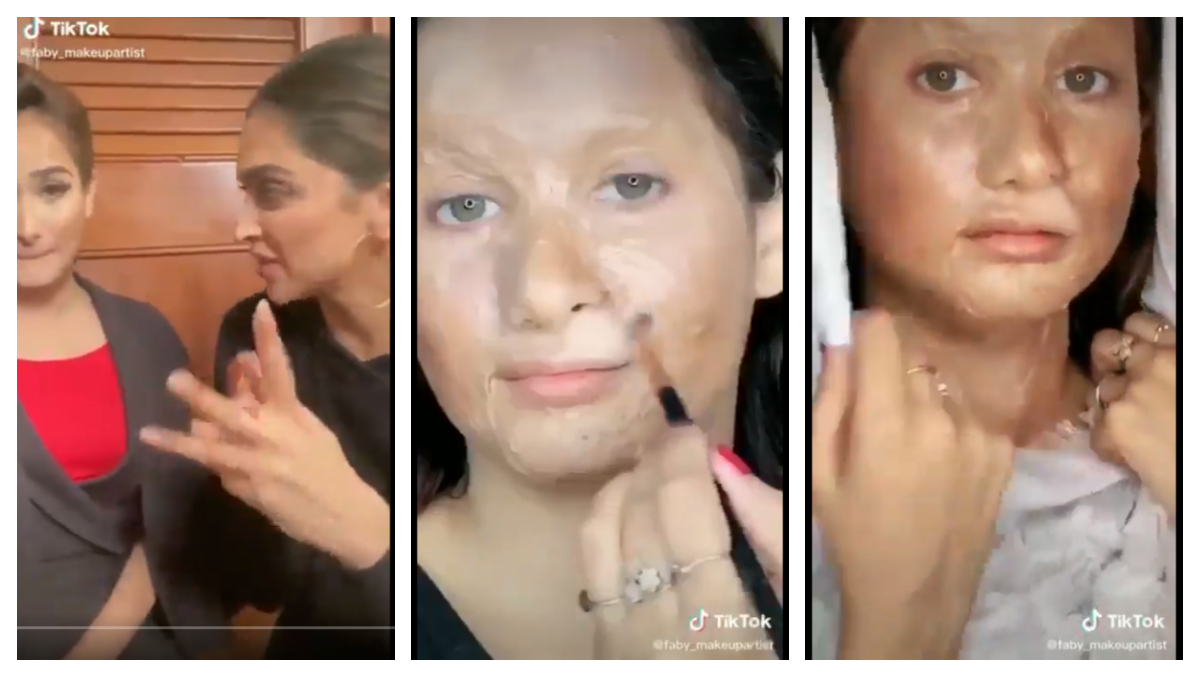 Deepika Padukone's latest release Chhapaak courted quite a few controversies. Acid-attack survivor Laxmi Agarwal's laywer moved court askin to be credited in the film. Right-wing supporters called for a boycott on the film after the actress' JNU visit. Now, Deepika has courted a new controversy because of a TikTok video where she challenges a make-up artist to recreate her acid-attack survivor look from Chhapaak. In the video, the actress challenges the MUA, Faby, to recreate the looks from Om Shanti Om, Piku an Chhapaak. Later, in the same video, the MUA completes the challenge. While Deepika achieved the look of acid attack survivor using prosthetics, Faby does it with whatever was available to her.

Deepika is being called out for the same. One Twitter user wrote, "And just when we thought that @deepikapadukone couldn’t mock Lakshmi anymore through her PR stunts in JNU she comes up with tick tok challenge on acid attack victims. Gross."

And just when we thought that @deepikapadukone couldn’t mock Lakshmi anymore through her PR stunts in JNU she comes up with tick tok challenge on acid attack victims. Gross. pic.twitter.com/077Uz7hcEg

More and More Twiterati Joined In:

I really love Deepika, but this is a bad look.

Reducing acid attacks into a makeup look for a Tik Tok video is so counterproductive to all the good that the movie itself it doing and how it’s raising awareness.

Acid attack survivors are brave and strong, but not a new MUA look. https://t.co/3YYdTpYETv

Another wrote that acid-attack is not a make-up look

This is disgusting ! Acid attack is not a makeup look deepika. So much for purpose and awareness. Never thought somebody will stoop so low for a hit film pic.twitter.com/NjJAA8a2Ym

Here Is A Different Take

Probably Deepika's intention was to normalize the acid victim's face but certain things are way too complex that one might come across as tone deaf and insensitive.

Better to stay away wherein the line between what's appropriate & what's insensitive is so fine!

Honestly, I had no problems with Deepika using jnu issue for her film promotion.

But this makeup challenge is just insensitive. https://t.co/CQaTbYhbeT

What are your thoughts on this video by Deepika Padukone? Tell us in the comments below.

The actress has only recently joined TikTok, and has already managed to gain over 4.9 million followers. She took help from various popular TikTok celebs to arrive on the scene, including MUA Faby, who has over 3 millon followers. Lakshmi Agarwal, real life survivor, on whom Chhapaak is based, is also there on the video-sharing app with over 1.8 million followers.

Chhapaak, directed by Meghna Gulzar, and co-produced by Deepika Padukone and Fox Star Hindi, earned a little over Rs 23 crore at the box office at the end of its 7th day. The movie recieved mixed reviews from the critics.