Also, not many know that there was a shelved film called Chanakya, where Dilip Kumar was to play the titular shrewd strategist of the Maurya empire, while Dharmendra was to play Chandragupta Maurya. 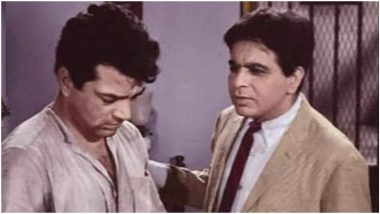 A day after the demise of the Indian Cinema thespian Dilip Kumar, veteran star Dharmendra had written a touching tribute for his idol. Dilip Kumar had passed away at the age of 98, and Dharmendra was inconsolable at his funeral. In the tribute that Dharmendra had written for his 'elder brother' Dilip Saab in Mid-Day, the actor talked about the cruel irony of never having gotten the opportunity to work with the legend. He mentions that the only movie they together - the 1966 Bengali film Paari - never brought them together for a scene. Dilip Kumar Passes Away, Rajesh Tailang Pays a Beautiful Tribute to the Legendary Actor (Watch Video).

Dharmendra had written, "The only time we worked together in a movie was Paari in 1965. It was a Bengali film for which we shot extensively in Kolkata. I remember my disappointment on realising that I didn’t have a single scene with him. [I always thought, some day] life will give me a chance. The time spent with him over the decades has left an indelible mark on me."

However, with all due to respect to Dharamji, they did have a scene together in the aforementioned movie. Dharmendra was right in saying that Paari was the only movie that the two legends did together. The film, directed by Jagannath Chatterjee, was Dharmendra's first Bengali movie, with the actor in the lead role. Dilip Kumar had a guest appearance in the movie, where he played a suave jailor. And yes, they comes together for this one rare moment! 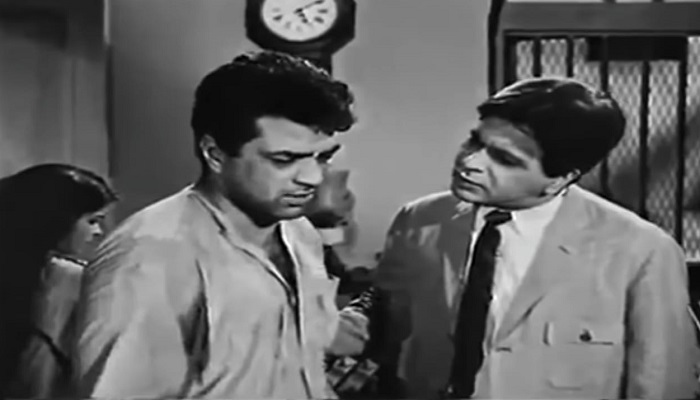 Interestingly, Dharmendra also starred in a film called Jwar Bhata (1973) that shared the same name as Dilip Kumar's debut movie which came out in 1944. And just to add more fascination to this trivia, Dilip Kumar's spouse Saira Banu was the leading lady in the 1973 Jwar Bhata. Dilip Kumar Passes Away: From Jwar Bhata to Qila, Know More About the First and Last Film of The Actor.

Also, not many know that there was a shelved film called Chanakya, where Dilip Kumar was to play the titular shrewd strategist of the Maurya empire, while Dharmendra was to play Chandragupta Maurya. Sadly, that film was never made, and Dharmendra's dream of working with the actor he looked upto in fully fledged roles never happened!

(The above story first appeared on LatestLY on Jul 08, 2021 05:37 PM IST. For more news and updates on politics, world, sports, entertainment and lifestyle, log on to our website latestly.com).