Kartik Aaryan Lauds Deepika Padukone's JNU Visit Says, 'I Respect What Deepika Did Yesterday and I Hope a Lot of People Would Stand Up' (Watch Video) 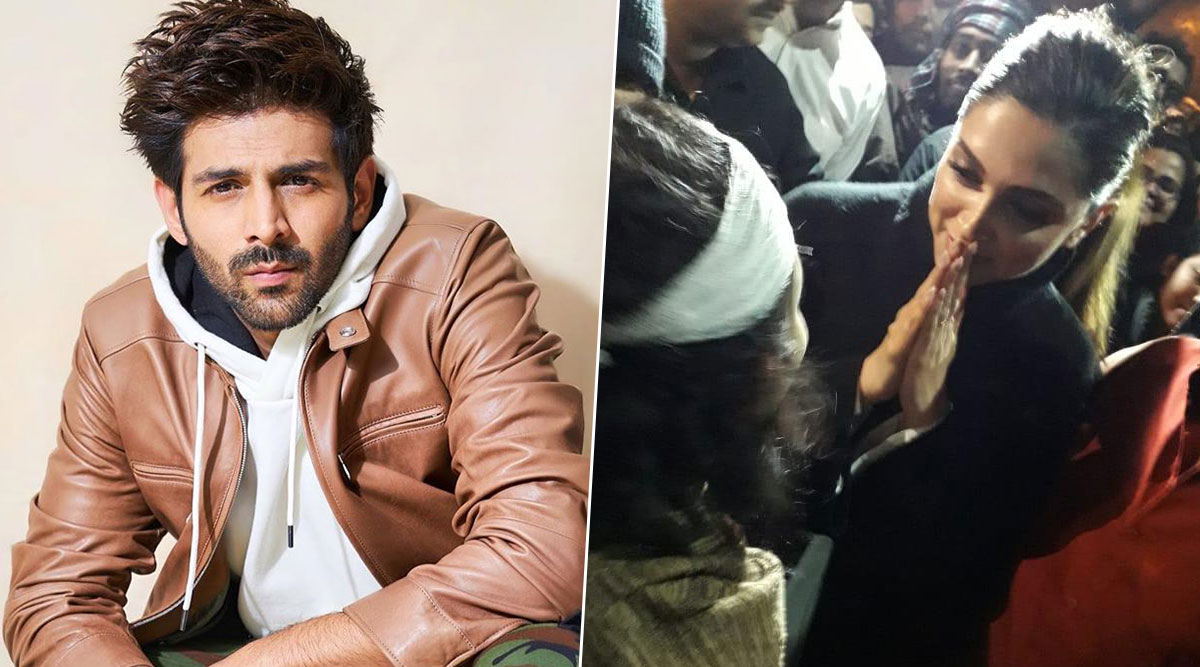 Most Bollywood celebs are still trying to make safe statements when it comes to CAA and JNU violence issue. Not many mainstream actors have spoken or reacted to what's happening apart from condemning violence at the Anti-CAA protests. On Tuesday, January 7, Deepika Padukone who was already in Delhi for the promotions of her upcoming film Chhapaak, visited JNU and was seen standing alongside the students. The actress even met the injured JNUSU President, Aishe Ghosh with folded hands and her visit has now become national news what with both criticism and praises being hurled at the actress for her move. Even as other A list actors continue to maintain their silence, Kartik Aaryan has now spoken about Deepika's visit to JNU and also about the JNU attack. Sonakshi Sinha, Bhumi Pednekar and Other Bollywood Actresses Speak Out in Support Of Deepika Padukone After Her JNU Visit.

The Pati Patni Aur Woh actor spoke to Bollywood Hungama and said the atmosphere in the country right now is now how our country functions and that people should stand up against such acts. Speaking about Deepika Padukone's JNU visit, he said, "Of course, I respect what Deepika did yesterday and I hope a lot of people would stand up and a lot of citizens should come ahead and talk about it. Strict actions are needed. The way these things are happening, this is not our country, these things should not happen here. I really hope strict actions are taken."

The actor mentioned that he cannot believe such things are happening in the country. The actor even spoke about the JNU attack stating that he watched the video where 'masked attackers' entered the campus and carried out such acts. When asked about what he thought about Bollywood celebs showing their support for the students, Kartik said, "No one should be scared of anything. As a citizen, we should stand up for it and that is what is happening. People are now coming forward and talking about it." Kangana Ranaut's Sister Rangoli Chandel Calls Deepika Padukone's JNU Visit a PR Activity - Read Tweets.

Kartik is one of the first mainstream actors who has come in support of Deepika Padukone after her JNU visit. While several actresses lauded her for her courage in taking a stand, there has been silence from her peer actors including husband Ranveer Singh who hasn't yet commented on the issue.