Kartik Aaryan's Look For Imtiaz Ali's Next Film LEAKED and We Wonder What Sara Ali Khan Has to Say About His French Beard! (Watch Video) 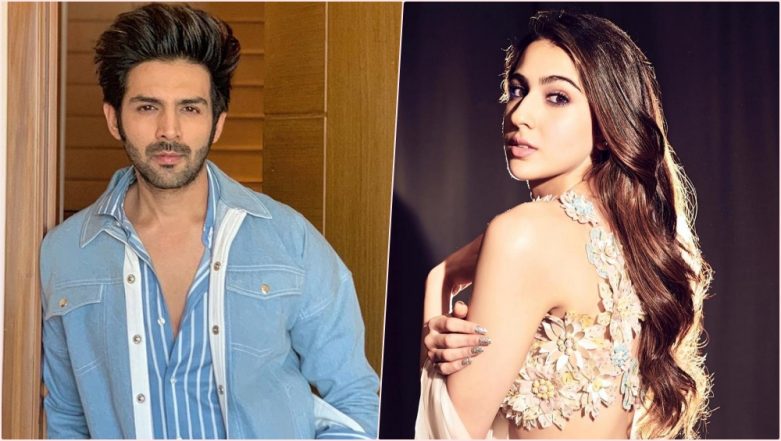 Kartik Aaryan has been in the news almost every day! From his weirdly popular hairstyle to his dating rumors with Ananya Panday or Sara Ali Khan, he is all over the tabloids. Post the success of Sonu Ke Titu Ki Sweety, the rising star is getting all the female attention! Now, as expected the next film with Sara is much awaited. Imtiaz Ali is back with one more love story and this time he is keen on hiding the deets. However, recently Kartik's new look for the film got leaked! Kartik Aaryan and Imtiaz Ali Put On Their Dancing Shoes After Wrapping Up Delhi Schedule of Love Aajkal 2 - Watch Videos!.

He is seen sporting a french beard for his role in the upcoming flick which is tentatively titled as Aaj Kal. The flick will have various phases across the years and we assume that this will be one of them. The video is going viral on the social media and fans are loving it. Check out the video below.

#kartikaaryan captured by one of my followers from Udaipur

Earlier, there was a lot of discussion over his look in another of his film namely, Pati, Patni Aur Woh remake. He ditched his cool, boy-next-door avatar for this geeky look and the fans went crazy. The look even invited loads of memes and jokes. Some of them were shared by the actor himself. Well, such is the buzz around Kartik's each look! We wonder what Sara has to say about her 'crush' Kartik's new look!