Ganesh and Sriram Bala are two brothers, twins to be exact, who are blessed with great vocals. The twins who live in Los Angeles recently made a cover of the song Srivalli from the hit movie Pushpa: The Rise, which starred Rashmika Mandanna. She was quick to react to their cover and said she loves it. 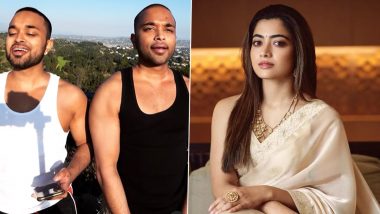 Rashmika Mandanna has become a national crush after essaying the role of Srivalli in Pushpa - The Rise. Apart from bringing audiences back to cinemas after the pandemic, the Allu Arjun-starrer has spawned a massive fan following for lead actor Rashmika, who has been going places ever since. And now, she's getting noticed in Los Angeles. Pushpa 2: Shooting Of Allu Arjun’s Next To Commence From August, Film To Release In 2023. 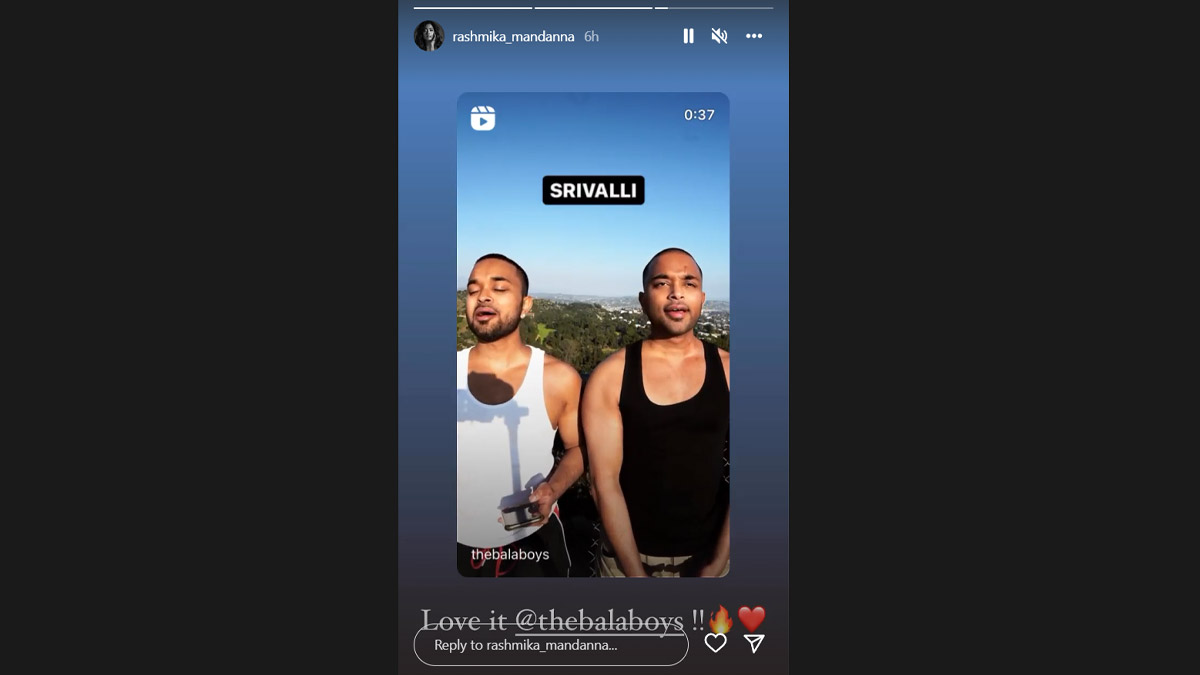 The actress recently took to her social media to give a shout-out to LA's Bala Brothers, who had posted a cover of the superhit track "Srivalli" from Pushpa - The Rise on their social media handle.

The twins from Singapore, who are trained in Carnatic music and have graduated from the prestigious Berklee College in Boston, were seen singing the song against the backdrop of the Los Angeles sky.

Rashmika was quick to respond. Tagging the artistes, the actress wrote: "Love it @thebalaboys!!"

Rashmika's "Srivalli" character has created a whole new fan base for her. After the release of the song, in fact, the actress became better-known across the country as "Srivalli". 'If Pushpa Was Made in Mumbai': BJP Takes Dig at BMC Over Potholes by Making Allu Arjun's Animated Video.

On the work front, apart from Goodbye, also featuring Amitabh Bachchan and Neena Gupa, the crime drama Animal with Ranbir Kapoor, the Pushpa sequel, apart from Mission Majnu, opposite Sidharth Malhotra, and Varisu with Vijay Thalapatty. A busy lineup that should keep her in the news well into 2023.

(The above story first appeared on LatestLY on Aug 12, 2022 10:34 PM IST. For more news and updates on politics, world, sports, entertainment and lifestyle, log on to our website latestly.com).