Navratri 2018: 5 Vibrant Songs That Will Make You Want to Do Non Stop Garba 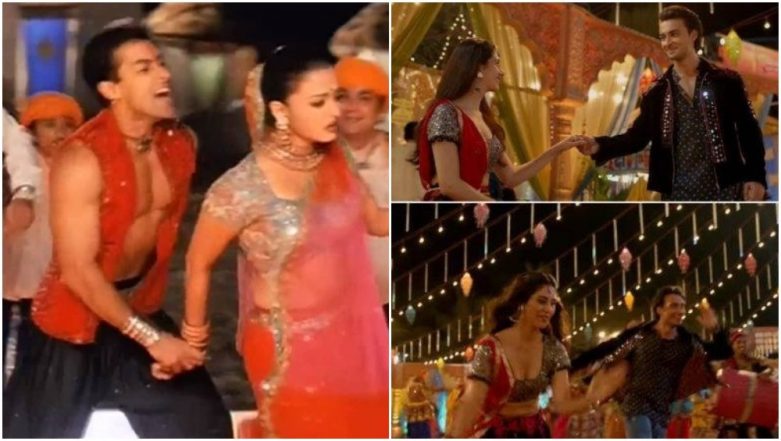 Navratri has begun and people are already in the festive mood. We all know how much we love playing garba during these nine days especially in Gujarat, where Navratri is celebrated on a large scale. There are several Bollywood songs that have a connection with this festival and we bring to you five vibrant numbers that will surely make you want to do non-stop garba this festive season. Navratri 2018 Dates, Days & Tithi Calendar: Shubh Puja Muhurat & Time for Aarti During Nine-Day Sharad Navaratri Festival.

Talking about garba, this number obviously tops the list. Aishwarya Rai Bachchan and Salman Khan's camaraderie and the colourful vibe of this song make it our favourite!

The Queen of Garba, Falguni Pathak, has been ruling music charts when it comes to Navratri. Among her other popular numbers is Pari Hu Main, without which every Navratri would be incomplete.

The latest song to your playlist could be Dholida from Loveyatri, which released last Friday. The song, starring Warina Hussain and Aayush Sharma has some easy garba dance steps that you could definitely. Loveyatri Song Dholida: Learn How to Garba With Aayush Sharma and Warina Hussain - Watch Video

The catchy beats and Darshan Raval's lovely voice make this yet another garba chartbuster.

Aavi Navratri is Darshan Raval's yet another well- known number which will instantly make you want to get up and dance.