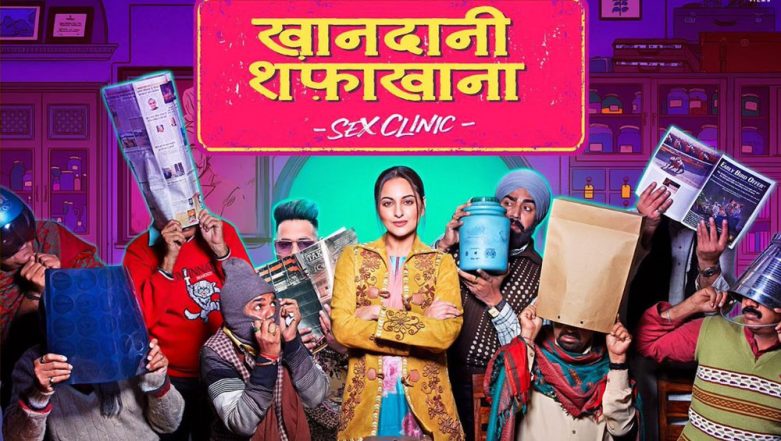 Mumbai: The Central Board of Film Certification (CBFC) has given Sonakshi Sinha-starrer Khandaani Shafakhana a U/A certificate with no cuts, producer Mrigdeep Singh Lamba said on Monday. The film, directed by Shilpi Das Gupta, revolves around a woman who inherits a sex clinic from her uncle. "We got a good response from the censor board when they were watching the film. After the screening of the film, they took extra 15 minutes to decide the certification. Khandaani Shafakhana Director Shilpi Dasgupta: ‘Discussing Sexual Issues Openly Often Can Help Solve Them’

"There are no cuts given. They also said it is a film that had to be seen by people so they gave us a U/A certificate," Lamba told reporters here at the trailer launch of the film. A sexologist has apparently filed a case against the film in Delhi. Talking about the same, co-producer Mahaveer Jain said the legal process is underway. "That case is in process so it would be better we don't talk about it now," he said. Khandaani Shafakhana New Trailer: Sonakshi Sinha’s Character Urges People to Openly Talk About Sex, Badshah Brings Comic Relief (Watch Video)

Produced by Lamba, Jain and Bhushan Kumar, the film is slated to be released on August 2.