Sunny Deol Birthday Special: From Gadar 2 to Apne 2, Let Us Take a Look at Every Upcoming Movie of the Bollywood Star

Sunny Deol has turned 65 and still has a role to play as a Lok Sabha MP, Sunny Deol still has interesting projects under pipeline. So, on the Betaab actor's 65th birthday, let us take a look at every of his upcoming film. 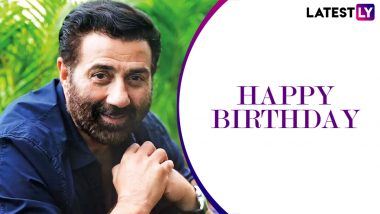 Bollywood star Sunny Deol who is currently a sitting MP from Gurdaspur constituency turns 65 today and fans are pouring their heartfelt birthday wishes for the superstar who has ruled the screen with his films in the 90s including Ghayal, Border and Damini. I mean who isn't a fan of the Yamla Pagla Deewana actor and his charismatic style of delivering dialogues that were cherished by the moviegoers all these years. The Angry Man of Bollywood has won two National Film Awards and Filmfare Awards respectively. Gadar 2: Sunny Deol, Ameesha Patel to Reprise Their Role of Tara Singh and Sakina in Anil Sharma Directorial; Check Out the Motion Poster!

The actor did surprise us by directing as well as acting in the 2016 film Ghayal Once Again. Deol has treated fans with family entertainers like the Yamla Pagla Deewana franchise and Apne. Now that he has turned 65 and still has a role to play as a Lok Sabha MP, Sunny Deol still has interesting projects under pipeline. So, on the Betaab actor's 65th birthday, let us take a look at every of his upcoming film. Chup – Revenge of the Artist: Dulquer Salmaan, Sunny Deol, Pooja Bhatt’s Film’s First Motion Poster Out On Guru Dutt’s Death Anniversary (Watch Video). 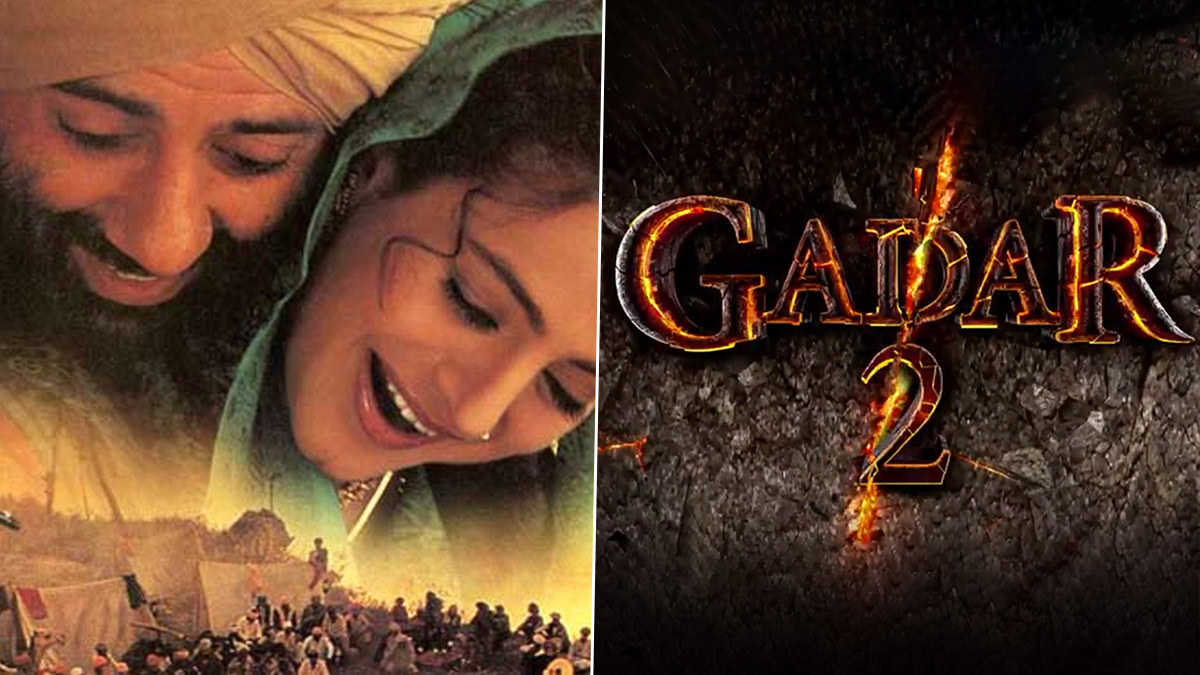 Last Friday, Sunny Deol announced the sequel to his 2001 Bollywood blockbuster Gadar: Ek Prem Katha. The actor treated fans with a motion poster of the movie and revealed Gadar 2 will release next year in 2022. Interestingly, Director Anil Sharma who helmed the first part is returning with the sequel along with Utkarsh Sharma, who played the son of Deol and Ameesha Patel’s character. 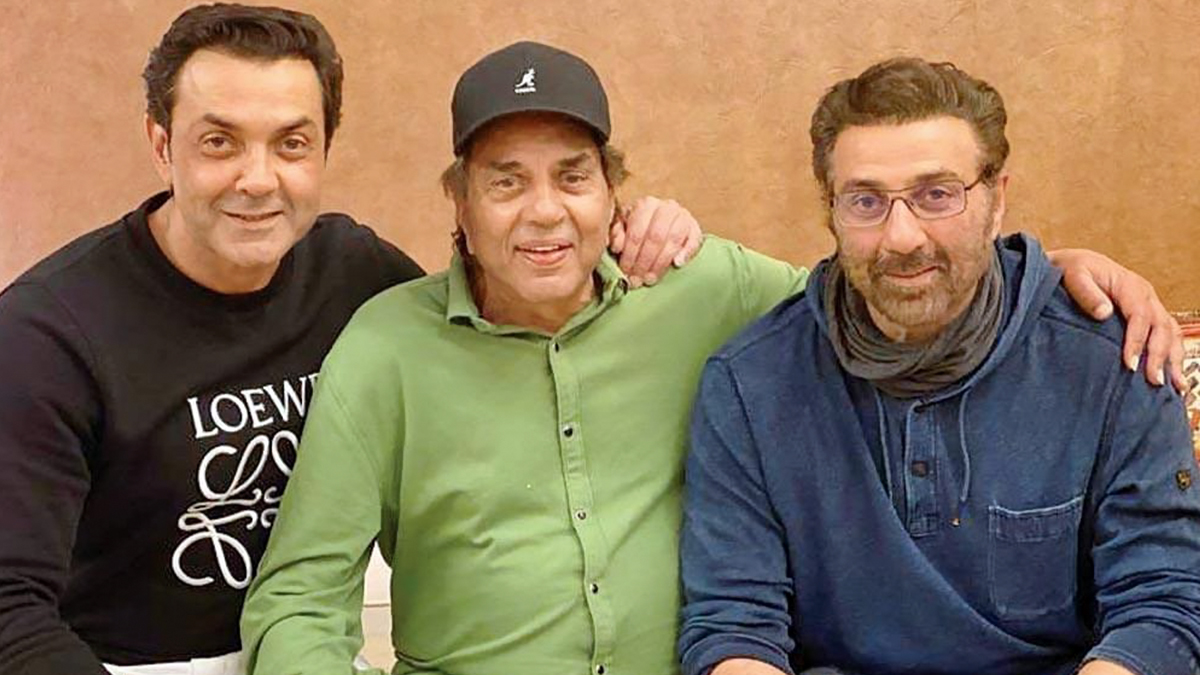 The amazing trio of Dharmendra, Sunny & Bobby Deol is returning to the sequel of their hit 2007 Boxing flick Apne. Deepak Mukut of Soham Rockstar Entertainment and director Anil Sharma had officially announced the project and the film is all set to go on floors by March 2022. Another great Sunny Deol film on its way to look for. 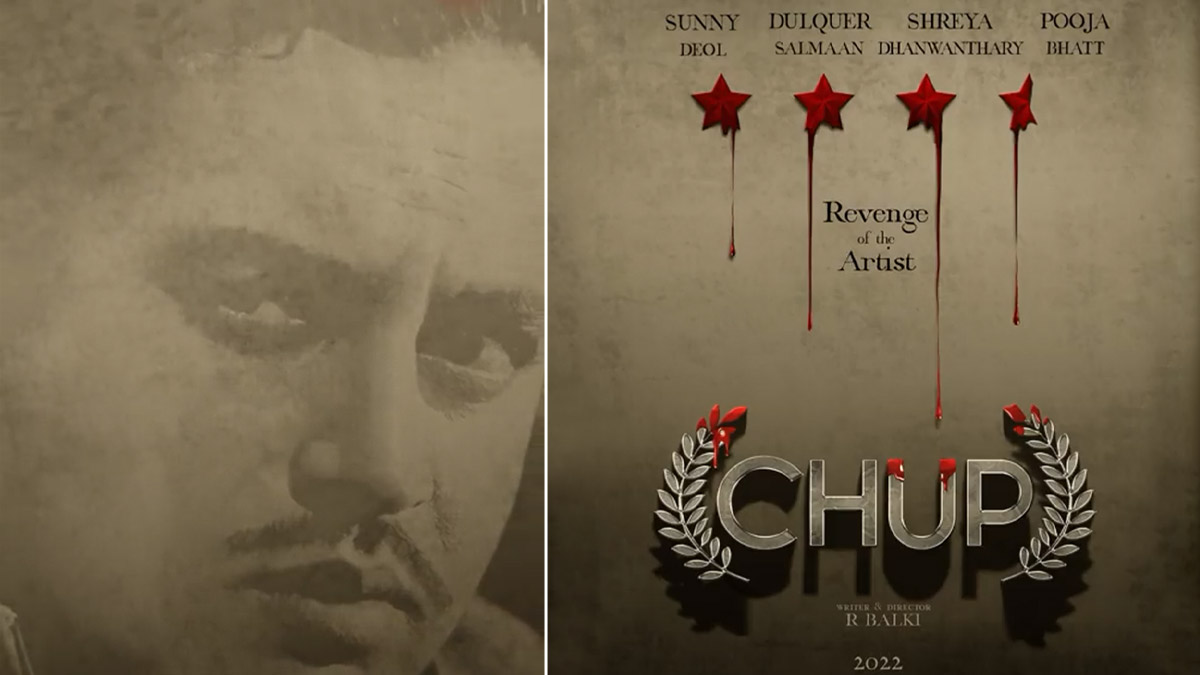 Sunny Deol will also be a part of R Balki's thriller film Chup: Revenge of the Artist. It also stars Dulquer Salmaan, Pooja Bhatt and Shreya Dhanwanthary in pivotal roles. Amitabh Bachchan and Akshay Kumar dropped the motion poster of the movie on Twitter on Guru Dutt's death anniversary.

LatestLY and team extend heartfelt greetings for the Bollywood star and keep entertaining the audiences through your movies in years to come. Happy Birthday, Sunny Paji!

(The above story first appeared on LatestLY on Oct 19, 2021 09:21 AM IST. For more news and updates on politics, world, sports, entertainment and lifestyle, log on to our website latestly.com).