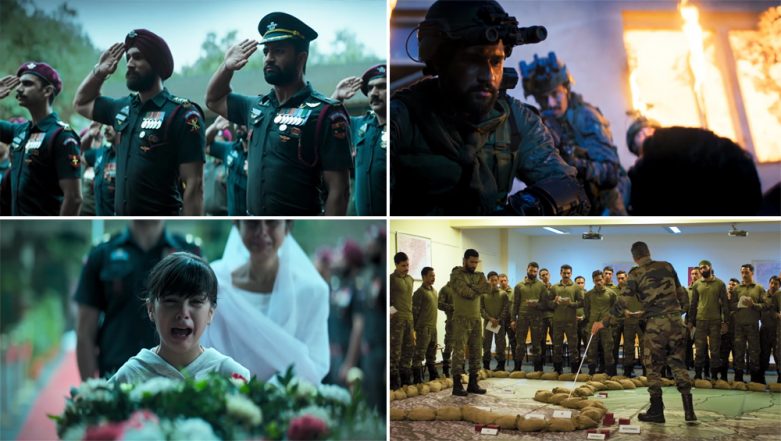 Vicky Kaushal, who delivered terrific performances last year in films like Sanju and Manmarziyaan, has now stormed the box office with his first release of 2019, Uri - The Surgical Strike. Directed by Aditya Dhar, the war drama which is based on India's 2016 surgical strike, released on January 11 and got off to a great start at the ticket windows. On day 1, the film raked in Rs 8.20 crore despite witnessing mixed reviews from the critics. Trade analyst Taran Adarsh even tweeted that the film will see an upward trend over the weekend and that's exactly what happened. Uri Movie Review: Vicky Kaushal's Josh-ila Performance is One Big Reason To Watch This Fallacious War Drama.

As per a  report in BoxOfficeIndia.com Uri fared best in Mumbai, East Punjab, and West Bengal. The film should have done better business in Delhi and Uttar Pradesh as well but it didn't probably due to the treatment of the film and lack of face value. " Uri – the Surgical Strike Box Office Collection Day 1: Vicky Kaushal's Film on Its Way to Become the First Hit of 2019, Collects Rs 8.20 Crore.

Apart from Vicky and Yami, the film also stars Paresh Rawal and television actor Mohit Raina in important roles. If Uri continues to pull in crowd to the theatres, which it will courtesy the good word of mouth, the film will definitely end up with good numbers and will be declared the first hit of 2019. And that will certainly give Vicky Kaushal's career a tremendous boost as this his first film where the onus is largely on him.