Buddhadeb Dasgupta Passes Away: 5 Bengali Films by the Iconic Director and Where to Watch Them Online

National and international award-winning filmmaker, Buddhadeb Dasgupta is no more. In his illustrious career, he has made many movies that have depth as well as a reality to it. And so, here's five of his best films every cinephile should watch. 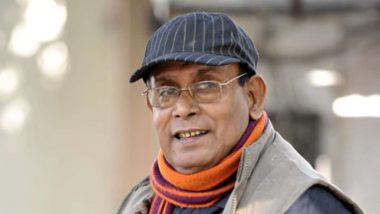 Renowned Bengali filmmaker Buddhadeb Dasgupta is no more. He died at the age of 77 on June 10. The reason for his demise is said to be age-related complications. He was in his South Kolkata residence when he breathed his last. Reportedly, he was also suffering from kidney disease. Talking about the deceased, he was so much passionate about filmmaking that he left his job as a lecturer in economics to pursue what he loved. The national and international award-winning filmmaker has made many movies that have depth as well as a reality to it. And so, in a way paying tribute to Buddhadeb Dasgupta, here's five of his best films every cinephile should watch. Buddhadeb Dasgupta Dies At 77; The Filmmaker Was A 10-Time National Film Award Winner.

This is Dasgupta's debut feature film that narrates the story of Mandar, a political science professor, played by Shirshendu Mukhopadhyay. The premise of the movie sees Mandar marrying a young woman. But when he gets to know that she is pregnant with someone else's child, he decides to leave her. However, in the end, he finds solace in an estranged woman. (Where to Watch: YouTube)

Directed and written by Buddhadev Dasgupta and starring Sunil Mukherjee, this Bengali film is a masterpiece. The political thriller is based on the 1970s  Naxalite movement in Kolkata. During its time, the movie was loved by the audience for its offbeat content. (Where to Watch: YouTube)

The movie depicts the hardships faced by villagers living in rural Bengal. Based on a short story by Prafulla Roy, the movie takes us on a journey of Ghunuram, who every year appears in a folk dance in his village by painting himself like a tiger. An intriguing tale. (Where to Watch: YouTube)

Starring Mithun Chakraborty as Shibnath, this film tells the story of the lead who gets released from prison after 11 years for murdering a British officer. However, even though free, he gets into his own shell after seeing coming to the change in society in these many years. (Where to Watch: YouTube)

An eye-opening movie that deals with the tale of a man who finds it difficult to balance between his profession and his tenderness. The movie tells the story of Lakha who is a bird catcher, but at the same time, also develops care for the creatures and releases them, a trait that dooms him. (Where to Watch: Amazon Prime)

Well, while there are many films churned by the legendary filmmaker, these five happens to be the most cherished ones. Apart from films, his poetries like  Coffin Kimba Suitcase, Govir Araley, Chhaata Kahini, Himjog, Roboter Gaan, and Sreshtha Kabita are still considered rare gems. May his soul RIP.

(The above story first appeared on LatestLY on Jun 10, 2021 02:32 PM IST. For more news and updates on politics, world, sports, entertainment and lifestyle, log on to our website latestly.com).