Hamza Abo$$ and His Debut Project ‘Im Not Perfect’

Hamza Abo$$ is a name you’d have certainly come across if you were familiar with the Seattle underground rap scene. Now the mainstream is taking notice, too. 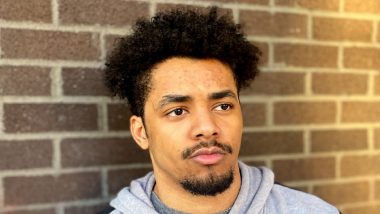 Hamza Abo$$ is a name you’d have certainly come across if you were familiar with the Seattle underground rap scene. Now the mainstream is taking notice, too.

A talented and deeply introspective musician, Hamza Abo$$ is a rapper who has recently released his debut album “Im Not Perfect”. Already having made a name for himself in the underground rap world, his debut album has been a runaway success. Within a month of debuting, “Im Not Perfect” has been streamed over 3.5 million times on Youtube, Soundcloud, and Spotify.

This is in large part due to the thoughtful, incisive, and honest lyrics that enrich every single song on this album. The caliber of collaborations made on this project serve as a clear indicator of talent attracting talent. Hamza Abo$$ is undoubtedly talented, and those are the types of people he chooses to collaborate with as well.

Every song on the album is well-thought-out in terms of the subject it addresses. The songs on the album talk about life, family, poverty, and more. Abo$$ isn’t apprehensive about getting deep into thematic introspection, and it shows. He’s also self-aware enough to acknowledge when his own issues manifest in less-than-desirable ways, like in the song “Trust Issues."

A true poet, his laser focus on getting nuances right shows in the lyrical quality of every single song. Abo$$ is extremely honest throughout the album, there are no superfluous words, no circular explanations–pure and simple words from the heart that reveal a great amount of emotional intelligence.

“Im Not Perfect” has been all too exciting of a listen, and I cannot wait to see what emerges next from the Seattle rapper. Although it’s only been a month since its debut, the unprecedented potential that Hamza Abo$$ had exuded has only grown in stature. Breathtaking is the only expression that could be used to describe this project.

He is unafraid to talk about real-world issues, and so his songs carry heft and substance, a rare phenomenon for a debutant. It’s music you can vibe to, for sure, but it’s also music you can identify with and learn from, if you choose, and that’s where the real genius of Hamza Abo$$ lies.