The Santa Fe Sheriff's search warrant executed Friday indicated the deputy arriving at the scene was told that assistant director Dave Halls did not know there was a live round in the gun when he yelled cold gun. 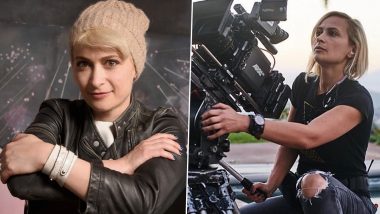 The producers of the movie Rust are pausing production while sheriffs investigate the circumstances of the death of cinematographer Halyna Hutchins that occurred when a gun handled by veteran star Alec Baldwin discharged on Thursday. Actors were rehearsing for the Western film, which was shooting at the Bonanza Creek Ranch near Santa Fe when the gun was discharged after Baldwin had been told it was a "cold" or unloaded gun, reports variety.com. Alec Baldwin ‘Cancelling Other Projects’ After Accidental Shooting Incident on the Sets of His Upcoming Film Rust.

The Santa Fe Sheriff's search warrant executed Friday indicated the deputy arriving at the scene was told that assistant director Dave Halls did not know there was a live round in the gun when he yelled "cold gun". "As we go through this crisis, we have made the decision to wrap the set at least until the investigations are complete," said the statement from the 'Rust' production company. Rust Director Joel Souza Breaks Silence on Demise of Halyna Hutchins After Alec Baldwin Accidentally Misfired a Prop Gun on the Sets.

The letter went on to say that director Joel Souza is recovering, and the production is "supporting him however we can". Producers reiterated that they are conducting an internal review of safety protocols, but reminded that "we are limited in our ability to say anything further publicly or privately" since it is an ongoing investigation.

"Our hearts are with all of you, as we all go through this tragic time and mourn the loss of our colleague and dear friend, Halyna Hutchins," the statement said. It went on to say that the producers remain in close touch with Hutchins' family. The production team said that it had arranged in-person and virtual grief counselors for cast and crew members. Producers will also be making a donation to the AFI Halyna Hutchins Scholarship Fund and will be matching any donations by the crew.

"Although our hearts are broken, and it is hard to see beyond the horizon, this is, at the moment, a pause rather than an end. The spirit that brought us all to this special place remains," the statement from the production team said. The Santa Fe Sheriff's Office has set a news conference regarding the investigation on Wednesday.

A petition has been created asking Alec Baldwin to "use his power and influence in the Hollywood film industry to make change and ban real guns on film sets". Over 22,000 people to date have signed the petition, including actors Olivia Wilde and Holland Taylor.

(The above story first appeared on LatestLY on Oct 25, 2021 01:36 PM IST. For more news and updates on politics, world, sports, entertainment and lifestyle, log on to our website latestly.com).