The first film debuted in 2015 followed by the second film Fifty Shades Darker in 2017, and Fifty Shades Freed in 2018. Johnson, plays Anastasia Steele alongside Jamie Dornan as Christian Grey. 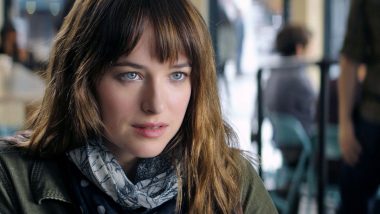 Fifty Shades of Grey star Dakota Johnson recently opened up on her experience of working in the erotica franchise. Talking to Vanity Fair, she spoke about how working on the film was challenging for her upto a certain extent. Fifty Shades of Grey films have been adapted from E.L. James' trilogy of books of the same name. The first film debuted in 2015 followed by the second film Fifty Shades Darker in 2017, and Fifty Shades Freed in 2018. Johnson, plays Anastasia Steele alongside Jamie Dornan as Christian Grey. Dakota Johnson Narrates a Story from a Get-together: “People Were Talking About the … – Latest Tweet by Film Updates.

The actress spoke with and reflected on her time shooting the series and working in tandem with James who commanded full creative control on the film. Johnson told Vanity Fair, "She had a lot of creative control, all day, every day, and she just demanded that certain things happen," the actress said of the author, who was also one of the film's producers. "There were parts of the books that just wouldn't work in a movie, like the inner monologue, which was at times incredibly cheesy. It wouldn't work to say out loud. It was always a battle. Always." Dakota Johnson Says She is Currently Putting on Some Muscle for Sony’s ‘MADAME WEB’, Which … – Latest Tweet by Film Updates.

Many times, the actress had to rewrite scenes for herself, "We'd do the takes of the movie that Erika wanted to make, and then we would do the takes of the movie that we wanted to make. The night before, I would rewrite scenes with the old dialogue so I could add a line here and there. It was like mayhem all the time." However, she doesn't harbour any regrets about the demanding working situations on the films' sets, as she told 'Vanity Fair', "I don't think it's a matter of regret. If I had known at the time that's what it was going to be like, I don't think anyone would've done it. It would've been like, 'Oh, this is psychotic.' But no, I don't regret it."

(The above story first appeared on LatestLY on Jun 29, 2022 03:07 PM IST. For more news and updates on politics, world, sports, entertainment and lifestyle, log on to our website latestly.com).