Ewan McGregor Birthday Special: Taking A Look At Some Of The Finest Performances Of The Scottish Actor

As Ewan turns 49 today (March 31), we pick some of the finest performances from his resume. Take a look at our list and let us know what you think about it. 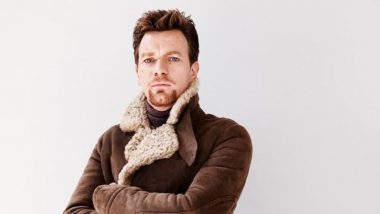 On McGregor's 49th birthday, let's take a look at some of best roles (picture credit - Instagram)

Has it ever happened that you look at someone and instantly realise that the person was born to do whatever they are doing? Something like that happens every time we see Ewan McGregor on the screen. Acting comes naturally to him, and that does not happen to a lot of people in the movie business. Ewan managed to create a lasting impression right from his first movie, Being Human which was released in 1994. In all these years, he has shown us a broad range by playing a heroin addict to a Jedi master to Jesus.

As Ewan turns 49 today (March 31), we pick some of the finest performances from his resume.

The first and the best has to be Trainspotting which is Danny Boyle’s 1996 adaptation of Irvine Welsh’s cult novel. The film released in 1996 and made Ewan a bonafide star at the beginning of his career. He plays Mark Renton in the film and absolutely nails it in each frame. For those of who have seen Trainspotting will agree that this is Ewan's best work till date.

In Last Days in the Desert which released in 2005, McGregor plays both Jesus and Satan. Critics and cine-goers were highly impressed with both his acts in the film, that went on to be a major success. Birds Of Prey Actor Ewan McGregor Reveals He Moved from London to Los Angeles Just to Avoid ‘Soulless’ Selfies from the Fans

After Trainspotting, Boyle and McGregor came together to give us Shallow Grave - a British noir thriller. The film is about three roommates (McGregor plays one of them, of course), who come face-to-face with a dead housemate and a LOT of cash.

While Trainspotting is considered as McGregor's finest work, his performance in Mike Mills’s loving tribute to his father, 2010’s Beginners is no less. McGregor plays a man who suddenly learns his father is gay and dying. The honesty that Ewan has displayed in this film is heartwarming.

Last in our list has to be Moulin Rouge, which is a story about an English writer who falls in love with a Cabaret dancer, played by Nicole Kidman. However, there is a secret that neither McGregor nor her to-be-husband knows about.

come what may 🎶 #ewanmcgregor #moulinrouge! #bazluhrmann

So that was our list! Did we miss any other film on this list? Let us know by tweeting to us @LatestLY. We wish Ewan a very happy birthday. Given the current COVID-19 outbreak, we are sure he is not having an OTT birthday today, but the love of his fans have not decreased.

(The above story first appeared on LatestLY on Mar 31, 2020 12:34 PM IST. For more news and updates on politics, world, sports, entertainment and lifestyle, log on to our website latestly.com).