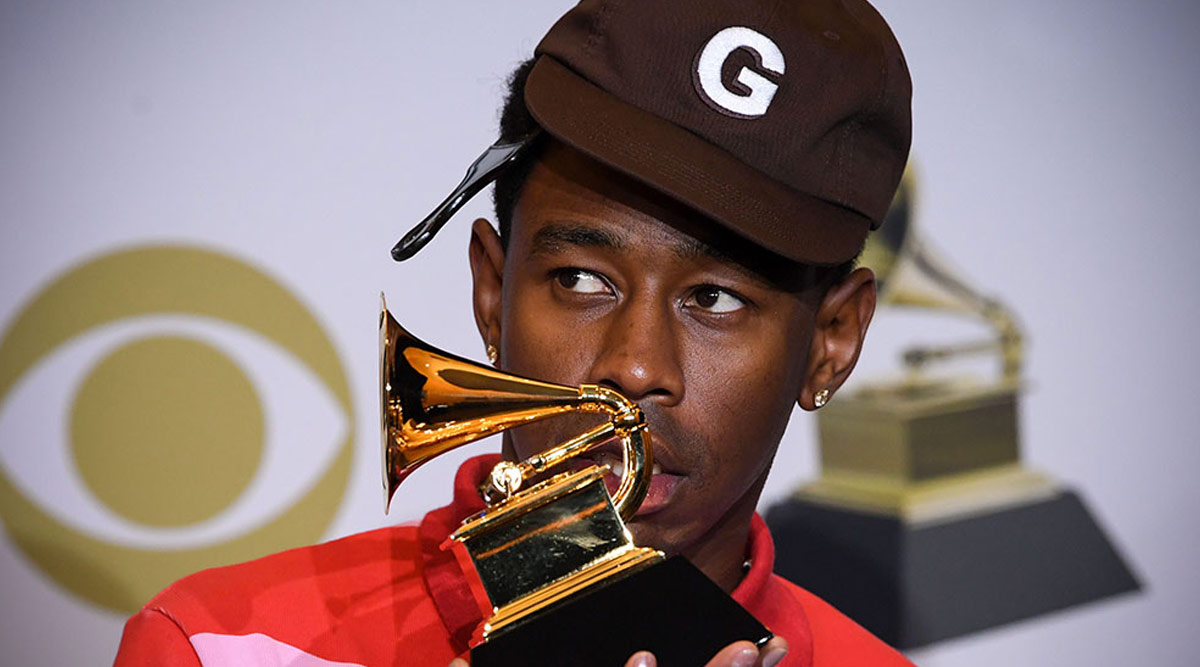 After delivering a fiery performance at the stage of the 62nd Grammy Awards, American rapper Tyler, the Creator won the honour for Best Rap Album for 'Igor' at the Los Angles Staples Center on Sunday (local time)."Stick with me, I don't know if I'm gonna be up here again," Grammy quoted Tyler from his acceptance speech. Grammys 2020: It’s Fam-Jam for The Jonas’! Here’s Another Frame-Worthy Pic of Priyanka Chopra-Nick Jonas, Sophie Turner-Joe Jonas and Danielle-Kevin Jonas.

Moved by the honour as he received his first Grammy award, Tyler brought her mother on the stage while accepting the golden gramophone."One: to my mother, you did a great job raising this guy," Tyler added. Other nominees that Tyler defeated with his win include 21 Savage (I AM > I WAS). Grammys 2020: Demi Lovato Debuts her New Song ‘Anyone’ and Fans are Hailing her Comeback.

Dreamville (Revenge of the Dreamers III), Meek Mill (Championships), and YBN Cordae (The Lost Boy). Tyler replaced ace rapper Cardi B who made history last year by becoming the first woman to win the title.