Joe Biden Inauguration: From Anne Hathaway to Hailey Bieber, Wishes Pour in from Hollywood Celebrities For the 46th US President

With Joe Biden being inaugurated as the 46th President of the United States of America on Wednesday, several Hollywood celebrities wished him and termed it as defining moment for America. 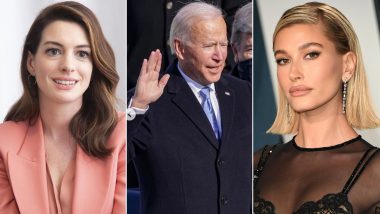 With Joe Biden being inaugurated as the 46th President of the United States of America on Wednesday, several Hollywood celebrities wished him and termed it as defining moment for America. Biden's inauguration officially brought an end to the presidency of Donald Trump after four years of administration. American actor Anne Hathaway shared two pictures featuring President Biden, vice president Kamala Harris on her Instagram handle and wrote, "I am so, so happy for the Biden Family! I am full of emotions today, and I am grateful and humbled to see a lifetime of service rewarded. Bruce Springsteen Sings ‘Land of Hope and Dreams’ to Mark the Inauguration of American President Joe Biden (Watch Video)

Congratulations, Mr President! #46". Whereas, with another post where she shared a picture of Kamala Harris taking the oath, she noted "I'm not ugly crying, you're ugly crying. Go @kamalaharris, go!!!! #TheFirstButNotTheLast"

'Friends' fame, Jennifer Aniston hopped on to Instagram stories and posted a picture featuring herself with Dr Jill Biden, the first lady of the United States of America and wrote, "Pretty soon, @drbiden will be our new first lady, counting down the seconds..." using folded hands emoticon. Jennifer Lopez Performs ‘America The Beautiful’ at Joe Biden and Kamala Harris’ Inauguration (Watch Video)

In another story of hers, she shared a short clip of Kamala Harris bumping fists with the former first lady of America, Michelle Obama and wrote, "THIS is everything" with bumping fist, smiling face with hearts and American flag emoticon. American singer, songwriter, and actress Ariana Grande also extended her happiness over the new president's swearing ceremony and shared a series of Instagram stores which featured pictures and clips from President Biden's inauguration day. Sharing a picture which captured Biden family and Harris family climbing stairs of the US Capitol venue, she wrote "HOPE". 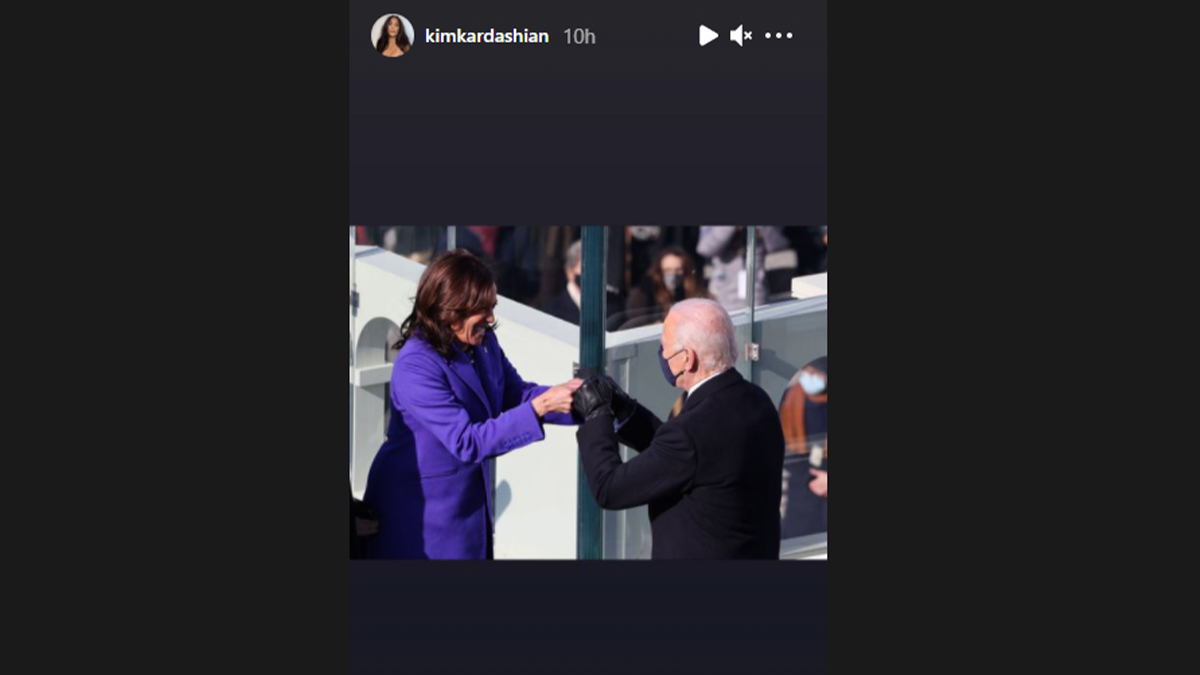 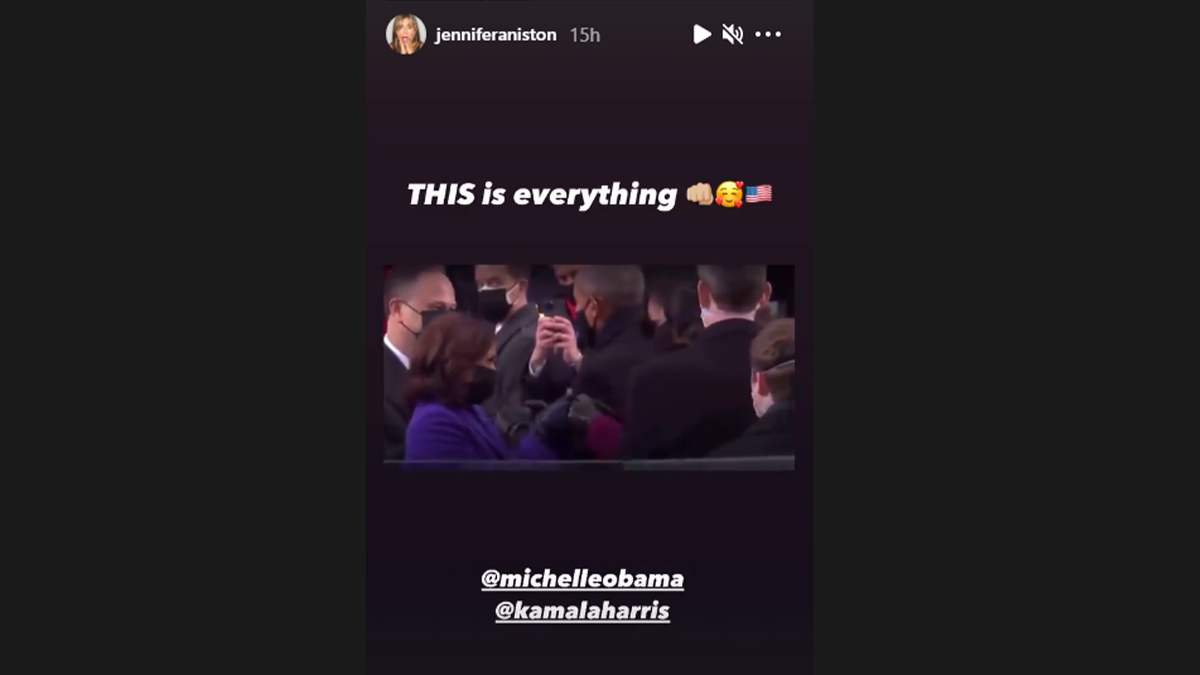 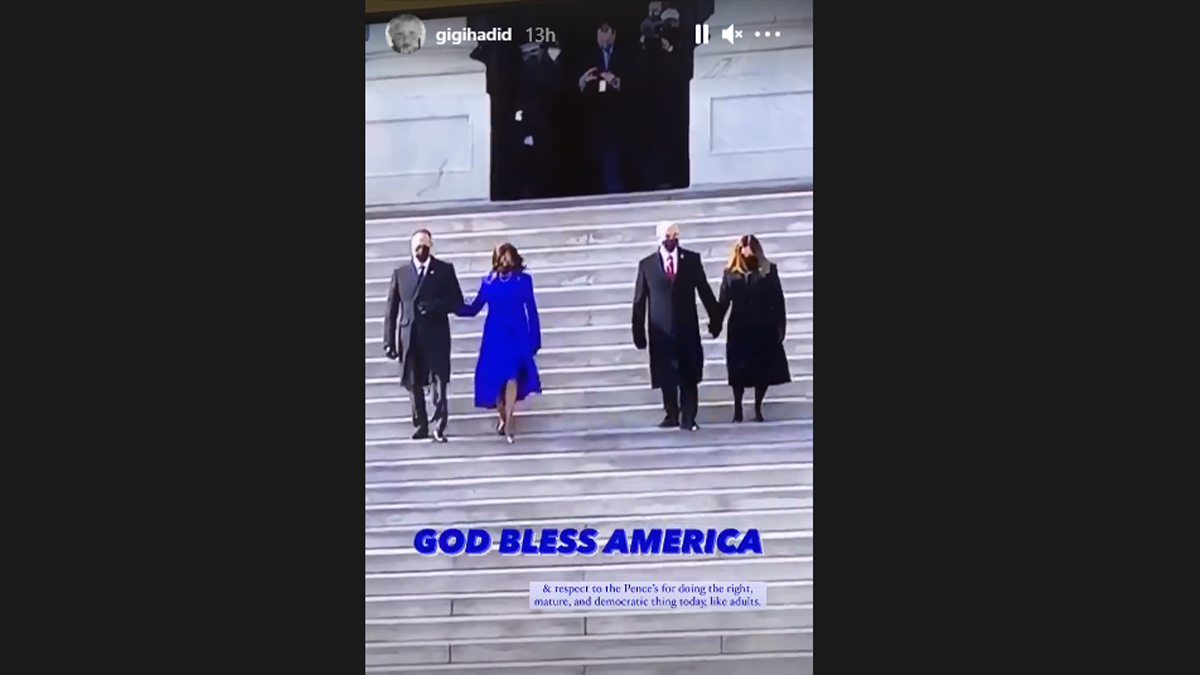 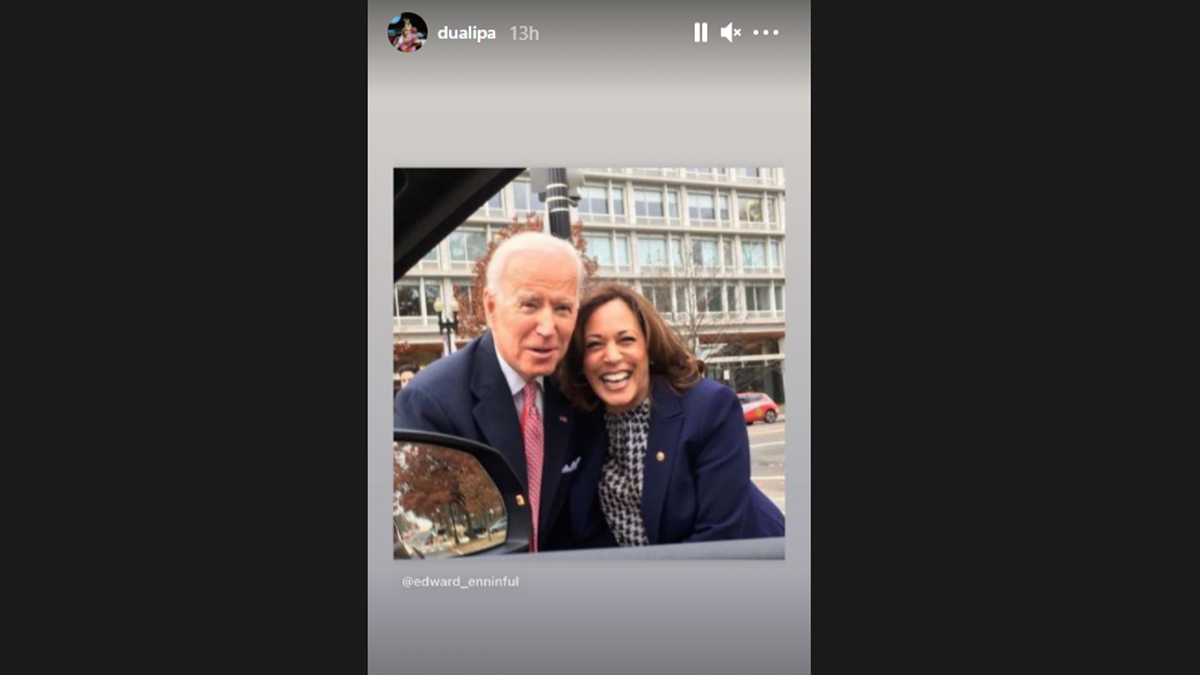 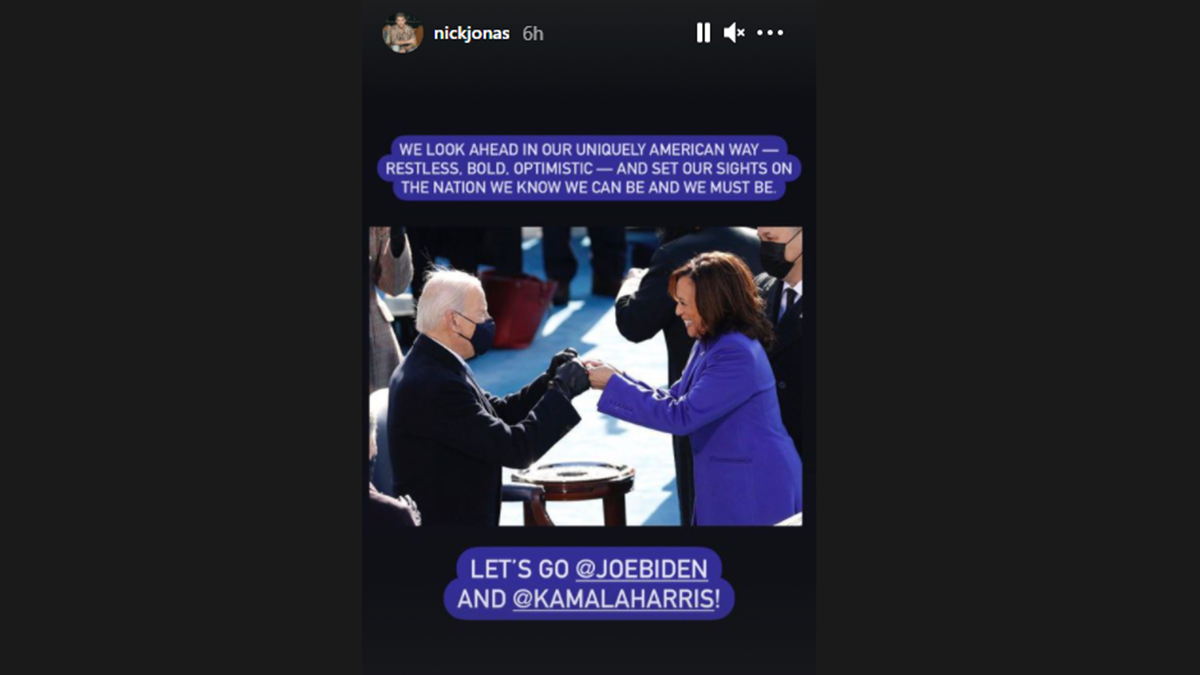 Another picture that featured the former President Obama and his wife Michelle Obama holding hands, she penned "I won't be getting over this ever." She also posted pictures from the event featuring the leaders and wrote, "Oh happy day". Sharing the snaps from the swearing ceremony, American model and media personality Hailey Bieber wrote, "Such an emotional day. A hopeful day for America! President Biden and Vice President Harris!!!!!!!!" with folded hands emoticon. Many other stars including Kardashians, Gigi Hadid, Dua Lipa, Priyanka Chopra, Nick Jonas, and others also celebrated the swearing-in of Joe Biden as the new President of the United States of America by sharing posts, pictures on social media.