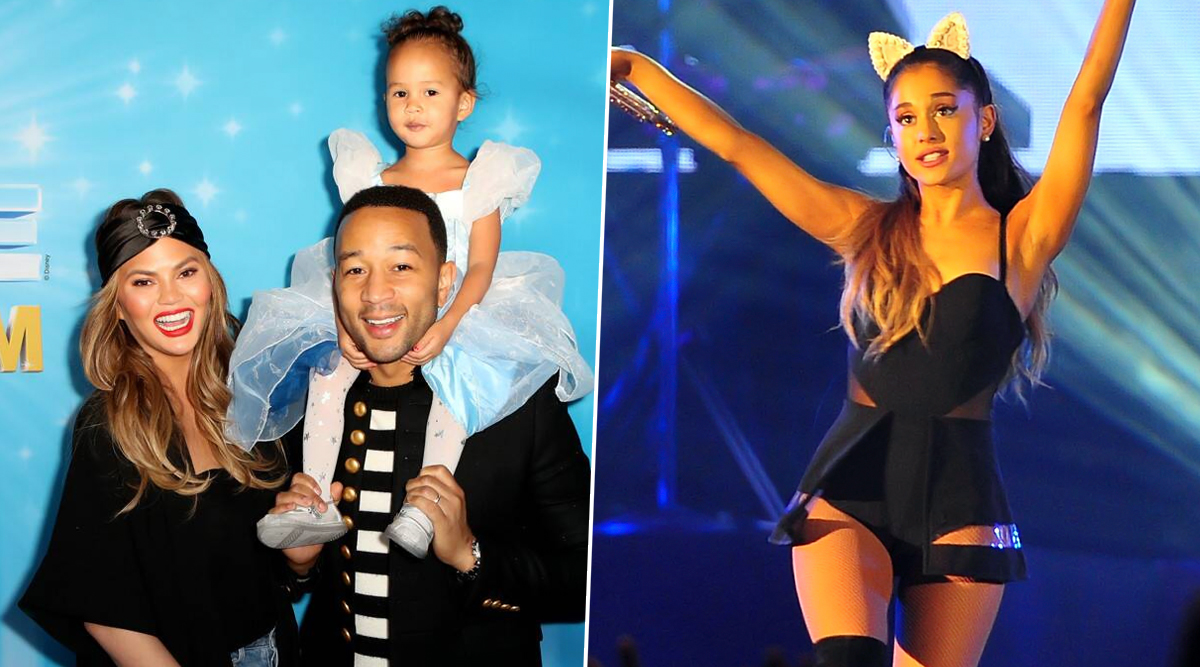 Musician John Legend's daughter Luna says singer Ariana Grande is a better singer than him. Legend appeared on "A Little Late with Lilly Singh", where he revealed that his and Chrissy Teigen's 3-year-old daughter Luna isn't the biggest fan of his music. Sitting down with host Lilly Singh, he shared that the toddler thinks Grande has got him beat, reports eonline.com. "She told me one day, ‘Dad, Ariana Grande is a great singer',‘You're not a great singer'," he recalled. Robbie Williams Says Her 7-Year Old Daughter Teddy Is the Most Talented Singer in the Family.

Switching gears, Lilly praised "The Voice" judge on the real person he portrays in the media, something that John credited his wife with helping him discover. "I think being married to Chrissy actually encourages that because she's so real with her fans all the time," he told the late-night host. "If you were paying attention on Twitter the other night, she did just a random Q&A just because she felt like doing it."