Kanye managed to get votes from a handful of states, but people from Florida, Pennsylvania and Michigan did not entertain this thought. It is being said that even his wife, Kim Kardashian West, did not vote for the rapper. 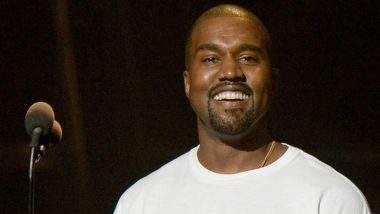 Kanye West, who just an hour ago, was very hopeful of winning the elections, has finally given up on the 2020 US election polls. We saw the rapper cast his vote and put in his name for the position of US President but it looks like he has finally admitted his defeat. Kanye posted a picture of himself informing that he is already looking forward to the 2024 elections. US Election 2020: Kanye West VOTES for Himself As the Next President.

The picture that he shared saw him posing in front of an electoral map. He captioned it as "WELP KANYE 2024." From what is looks like, Kanye is not ready to give up and is gearing up for the next election with a lot of hope. Kanye managed to get votes from a handful of states, but people from Florida, Pennsylvania and Michigan did not entertain this thought. It is being said that even his wife, Kim Kardashian West, did not vote for the rapper.

Fans of the star were disappointed with Kanye's decision and flooded his post with humble comments. One user wrote, "I’ll vote for you again." while many asked him to stick to music. Kanye West Holds First Campaign Event as Candidate For US Presidential Election 2020.

While Kanye's efforts might have gone in vain but it did help him divert some Black votes from Democrat Joe Biden. He had spent the last few weeks in instructing his followers on how to vote for him as a write-in candidate. During his campaign, Kanye also made some very objectionable comments and received a lot of backlash for it.  Now, it will be fun to see how well he does in Elections 2024 and if in any case, he wins.

(The above story first appeared on LatestLY on Nov 04, 2020 04:21 PM IST. For more news and updates on politics, world, sports, entertainment and lifestyle, log on to our website latestly.com).