With Taylor-Johnson already having played the Marvel Cinematic Universe’s Quicksilver in Avengers: Age of Ultron, this will be his second outing as a Marvel character in a different cinematic universe. 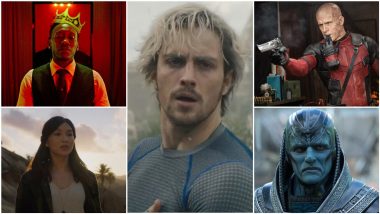 Sony over the last few years has been shaping up their own Marvel universe based on Spider-Man characters. Starting off with the commercially successful Venom, Sony has two more movies slated for release with Jared Leto’s Morbius and Venom: Let There be Carnage. Sony doesn’t seem to be stopping any time soon as well because they recently announced that Aaron Taylor-Johnson is going to be playing the Spider-Man villain, Kraven The Hunter in his own solo film. The Falcon and The Winter Soldier: 5 Important Easter Eggs That You Should Not Ignore From The First Three Episodes!

With Taylor-Johnson already having played the Marvel Cinematic Universe’s Quicksilver in Avengers: Age of Ultron, this will be his second outing as a Marvel character in a different cinematic universe. So with the announcement of this casting, we are taking a look at ten actors who have played two different characters in live-action movies and series based on Marvel saga. 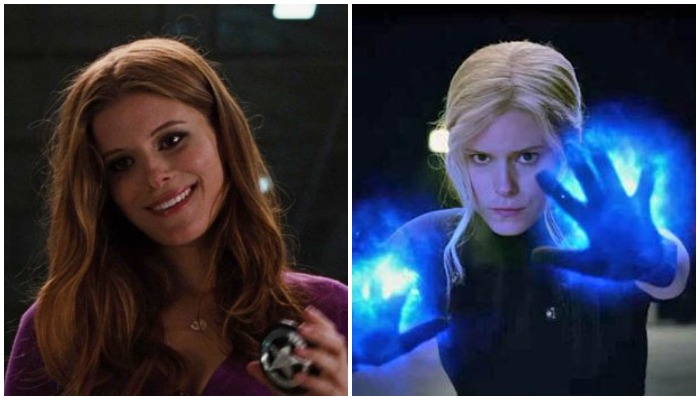 Kate Mara as Unnamed US Marshal and as Sue Storm

While Kate's role in Iron Man 2 just amounted to a cameo, that was her first outing in a Marvel film. She then went on to play Sue Storm/Invisible Woman in 2015’s Fantastic Four. While the film wasn’t that well-received, she still garnered some praise for her role. Similarly Olivia Wilde had a cameo in Iron Man, and she went onto to play Psylocke in X-Men: Apocalypse. 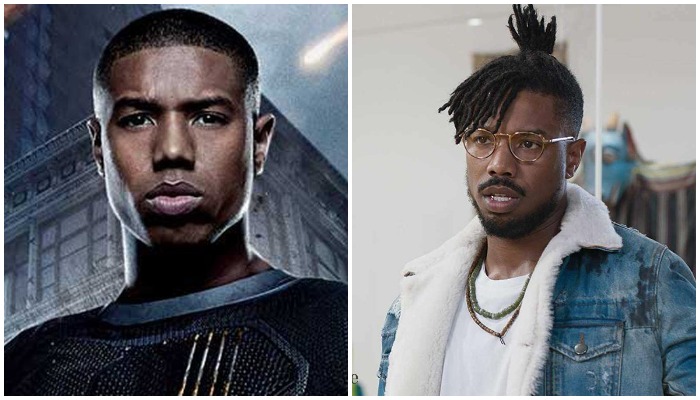 Michael B Jordan as Johnny Storm and as Killmonger

His first outing as a Marvel character was in 2015’s Fantastic Four, where he played the role of Johnny Storm/The Human Torch. The movie wasn’t well-received in any way, but then Michael B Jordan earned his redemption when he got cast as Killmonger in Black Panther. He quickly went onto become one of the best villains in any Marvel film, and received acclaim for his performance. Eddie Murphy Birthday Special: From Prince Akeem to Donkey, 5 Characters Played By Coming 2 America Star That Rank High in Our List! 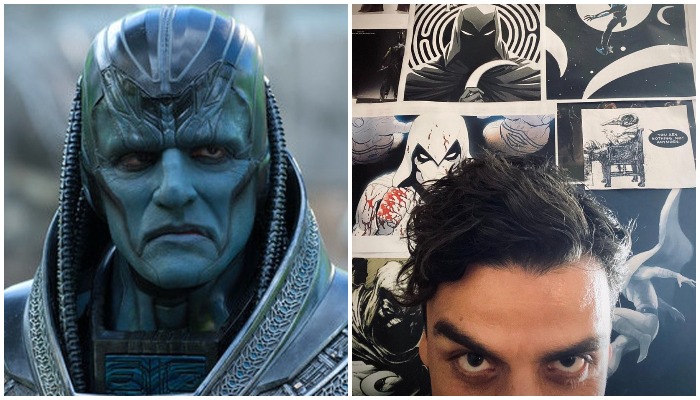 He played the role of the villainous Apocalypse in X-Men: Apocalypse. While his role as the mutant was liked by many, the film itself wasn't that well received. Oscar recently was confirmed to be playing as Moon Knight in the Disney+ show of the same name. Interestingly he also had a voice-cameo as Spider-Man 2099 in Spider-Man: Into the Spiderverse. 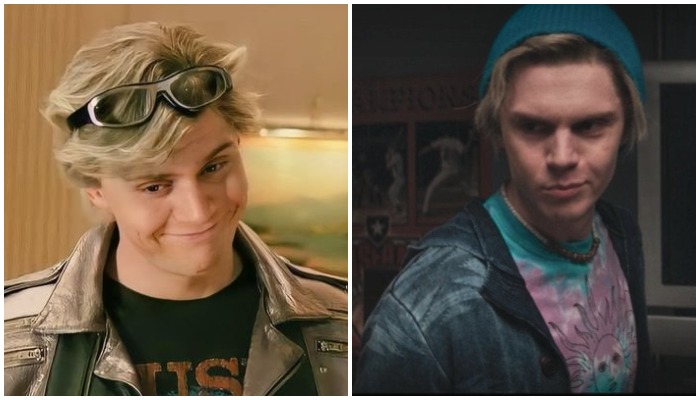 Evan Peters as Quicksilver and as Ralph Bohner

The second Quicksilver actor to crossover universes, Evan Peters debuted in the X-Men film series as Peter Maximoff/Quicksilver and became a fan favorite instantly. After that universe ended, he was then cast as the fake Pietro Maximoff in the show WandaVision and at the end of it, he was revealed to be a random human called Ralph Bohner. 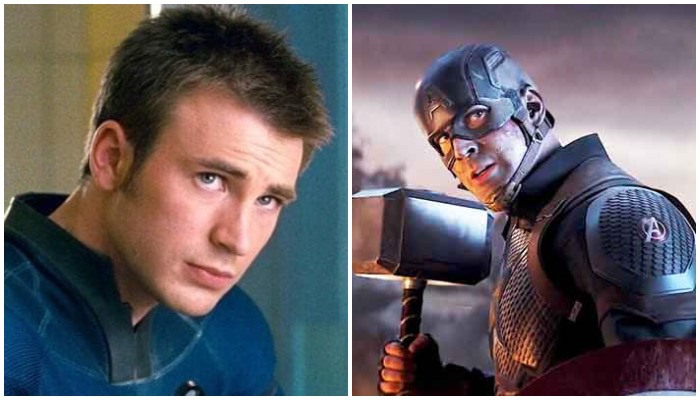 Chris Evans as Johnny Storm and as Captain America

The first actor who played Johnny Storm and then joined the Marvel Cinematic Universe. Chris Evans made his debut as the Human Torch in 2005’s Fantastic Four and its sequel. The movies, well to say the least, were quite underwhelming. Evans then went on to join the Marvel Cinematic Universe as Steve Rogers/Captain America, and ever since his final outing in Avengers: Endgame, his performance as Steve Rogers is considered as one of the best interpretations of any Marvel character. 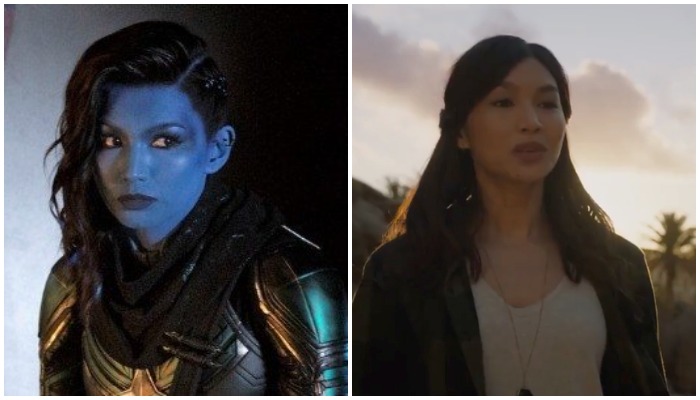 Gemma Chan as Minn-Erva and as Sersi

Gemma Chan is playing two different characters in the same universe. She debuted in Captain Marvel as the villainous Kree Minn-Erva. Ignoring that casting, she will be showing up next in Marvel’s next cosmic adventure Eternals, where she will be playing the role of Sersi. 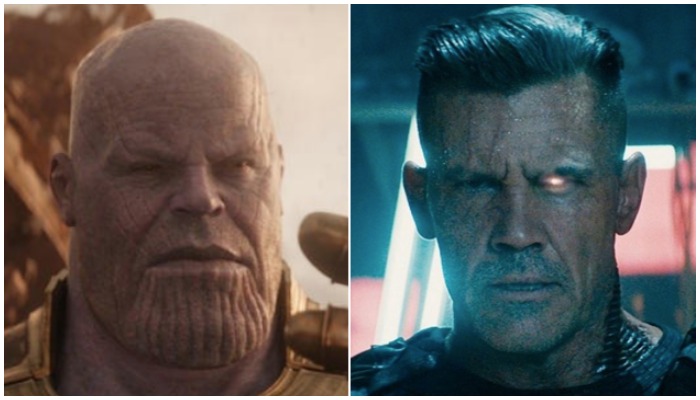 Josh Brolin as Thanos and as Cable

First appearing as Thanos in 2014 with Guardians of The Galaxy, Brolin then went onto play the character three more times and gave an iconic performance as Thanos and went on to become a fan favorite. In 2018, he then starred alongside Ryan Reynolds (more on him later) in Deadpool 2 as the time-travelling mutant Cable, where his performance was again received with positive reception. Since we are talking MCU and Deadpool, let's not forget Matt Damon had uncredited cameos in Thor: Ragnarok and Deadpool 2. 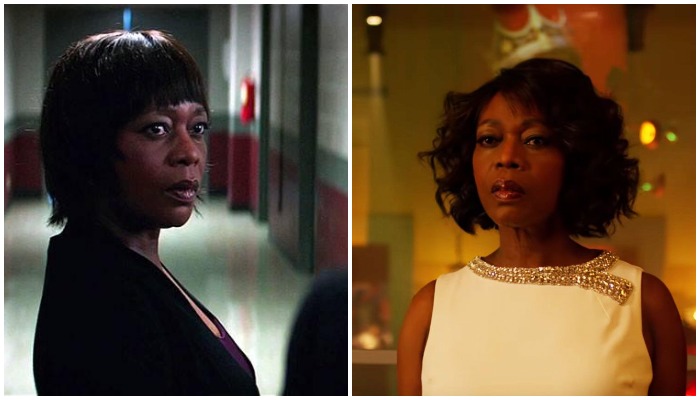 Alfre Woodard as Miriam Sharpe and as Mariah Stokes

Alfre Woodard played two different Marvel Characters in the same year in two different mediums. She first played the small role of Miriam Sharpe in Captain America: Civil War, who guilt trips Stark into supporting the Sokovia accords and then played the role of Mariah Stokes in Netflix’s Luke Cage. Friends The Reunion: 5 Shows That Need a Reunion Special After Friends (LatestLY Exclusive). 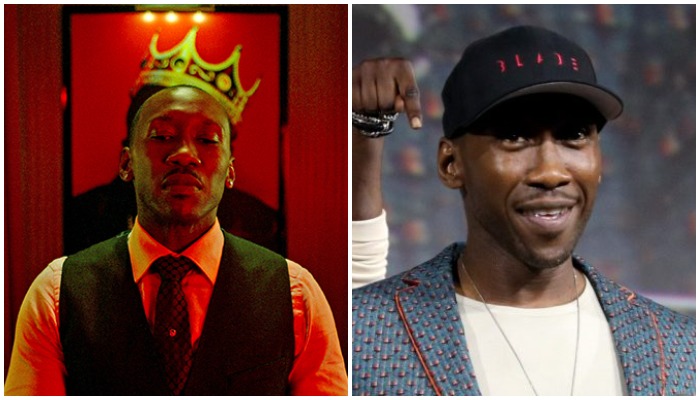 Mahershala Ali as Cottonmouth and during the Blade casting announment

Like Alfre Woodard, Mahershala Ali also shifted from Luke Cage to go on to play a different Marvel character. He first portrayed the villainous character of Cottonmouth in Luke Cage and went on to receive critical acclaim for it. To everyone’s surprise, it was announced that he would be returning to the Marvel Universe as everyone’s favorite vampire slayer, Blade. 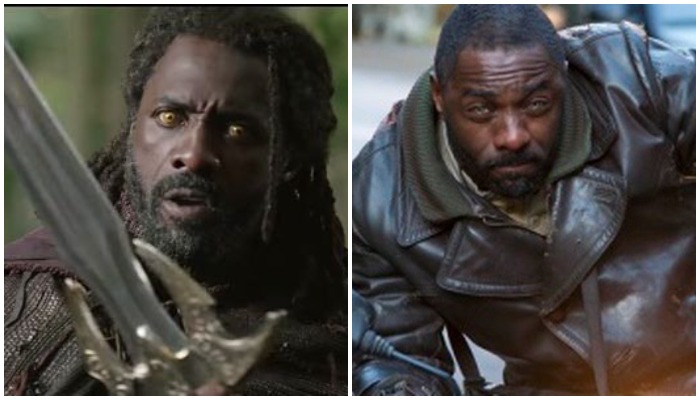 Idris Elba as Heimdall and as Moreau

Starting off in the Marvel Cinematic Universe as Heimdall in 2011’s Thor, he then subsequently went onto play the role of Moreau in Ghost Rider: Spirit of Vengeance. The character was an original character specifically made for the film and had nothing to do with the comics. 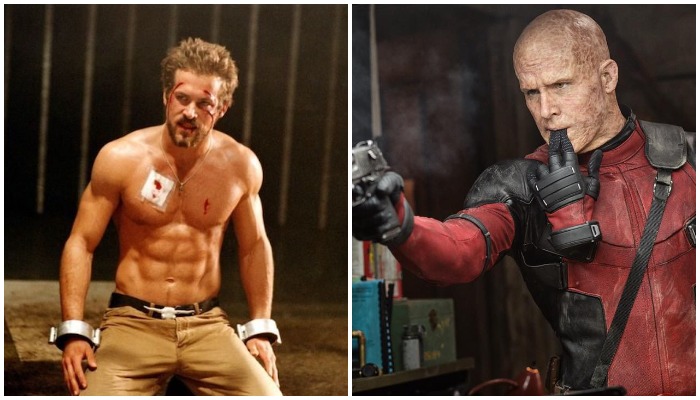 Ryan Reynolds as Hannibal King and as Deadpool/Wade Wilson

Ryan Reynolds. one of the geeks' favourite actors, had the fortune/misfortune of playing not just one but two iterations of Wade Wilson/Deadpool in X-Men saga. But even before that, he has done a Marvel character, playing vampire killer Hannibal King in Wesley Snipes' Blade: Trinity.

(The above story first appeared on LatestLY on May 28, 2021 08:11 PM IST. For more news and updates on politics, world, sports, entertainment and lifestyle, log on to our website latestly.com).