After Christopher Nolan's Tenet, Disney's live-action movie, Mulan gets delayed further. The film will now hit the screens on August 21 - that's exactly a month after its original release date. 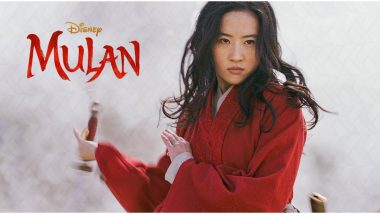 Disney's next live-action movie, Mulan has been officially delayed by the studio. And their official announcement has screwed all the plans of enjoying a summer release in the west. While the movie was already delayed twice, this is the third attempt by Disney to ensure the film manages to release on the desired date. Mulan will now officially hit the screens on August 21, 2020, that's precisely a month later than its previous release date.

Mulan's announcement comes in a day later after Christopher Nolan's Tenet was pushed to August 12. Nolan's next with John David Washington was earlier supposed to hit the screens on July 17. It was then pushed to July 31 and finally August 12. The decision by Hollywood's two prominent studios was taken after witnessing a sharp rise in the number of COVID-19 patients in New York and Los Angeles, which accounts for two major theatre-going crowds in the USA. Marvel’s Black Widow, Disney’s Mulan, Jungle Cruise Get New Release Dates After COVID-19 Pandemic Affects Original Slots – Read Deets.

“While the pandemic has changed our release plans for Mulan and we will continue to be flexible as conditions require, it has not changed our belief in the power of this film and its message of hope and perseverance. Director Niki Caro and our cast and crew have created a beautiful, epic, and moving film that is everything the cinematic experience should be, and that’s where we believe it belongs — on the world stage and the big screen for audiences around the globe to enjoy together," said Disney’s co-chairman and chief creative officer Alan Horn and co-chairman Alan Bergman.

Mulan was earlier slated to release on July 24.

(The above story first appeared on LatestLY on Jun 27, 2020 04:21 PM IST. For more news and updates on politics, world, sports, entertainment and lifestyle, log on to our website latestly.com).