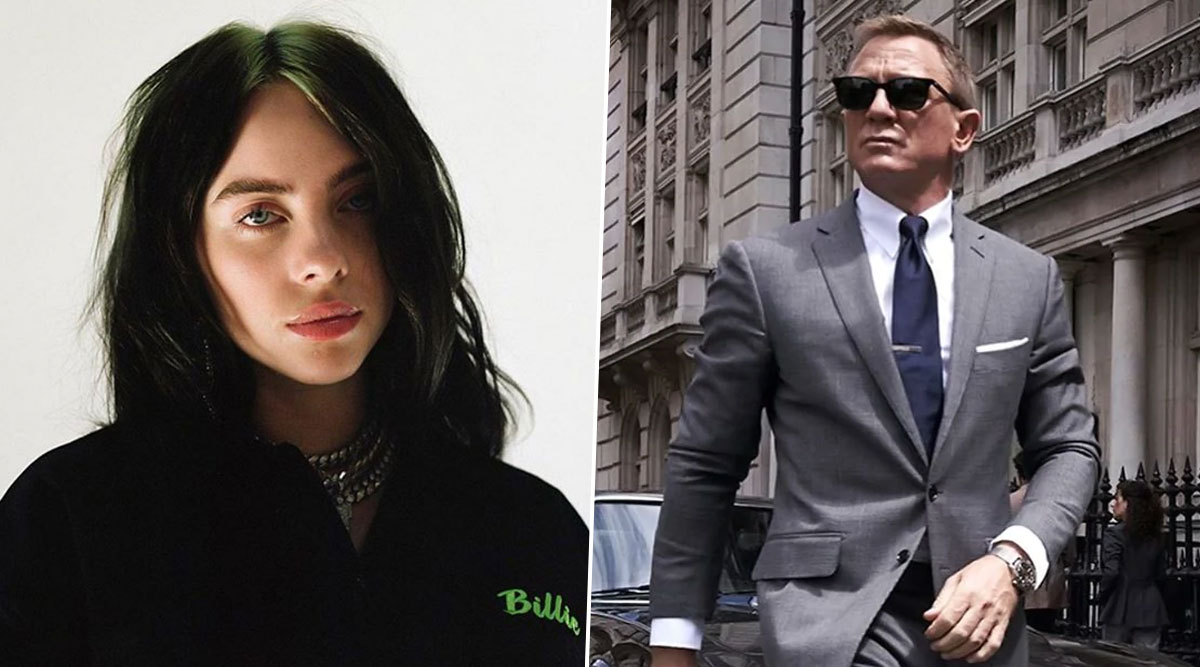 Teen pop sensation Billie Eilish has come out with the official theme song of Daniel Craig's upcoming James Bond movie No Time To Die. The 18-year-old singer, who has written the song with her brother Finneas O'Connell, is the youngest artist in history to record the theme track for the long-running spy franchise. The slow, moody track song produced by Eilish, Finneas and Stephen Lipson, and has orchestral arrangements by Hans Zimmer and Matt Dunkley and guitar from Johnny Marr. No Time To Die Theme Song Teaser: Billie Eilish’s Title Track for Daniel Craig’s Final 007 Outing is Too Beautiful to Miss (Watch Video)

"It feels crazy to be a part of this in every way. To be able to score the theme song to a film that is part of such a legendary series is a huge honour. James Bond is the coolest film franchise ever to exist. I'm still in shock," the singer said in a statement posted on the official site of the franchise. With her track, Eilish follows in the footsteps of British singers Adele and Sam Smith, who won an Oscar each for their songs in Skyfall (2012) and Spectre (2015), respectively. No Time To Die Sums Up Daniel Craig’s Journey as Bond Says Ben Whishaw.

The singer, who recently won five Grammy awards, will be performing the song for the first time at the Brit Awards in London on February 18. "No Time To Die" will mark the last outing for Craig as the suave 007 agents. The Cary Fukunaga-directed film also features Ralph Fiennes as M, Naomie Harris as Moneypenny, Ben Whishaw as Q, Rory Kinnear as Bill Tanner, Jeffrey Wright as Felix Leiter, Lea Seydoux as Madeleine Swann, and Christoph Waltz as Ernst Stavro Blofeld. New cast members are Rami Malek, Ana de Armas, and Lashana Lynch. The film will release worldwide in April this year.