Priyanka Chopra Effect? Nick Jonas is a Complete Bollywood Music Fan and These Videos of Him Dancing on First Class and Other Songs Are Proof! 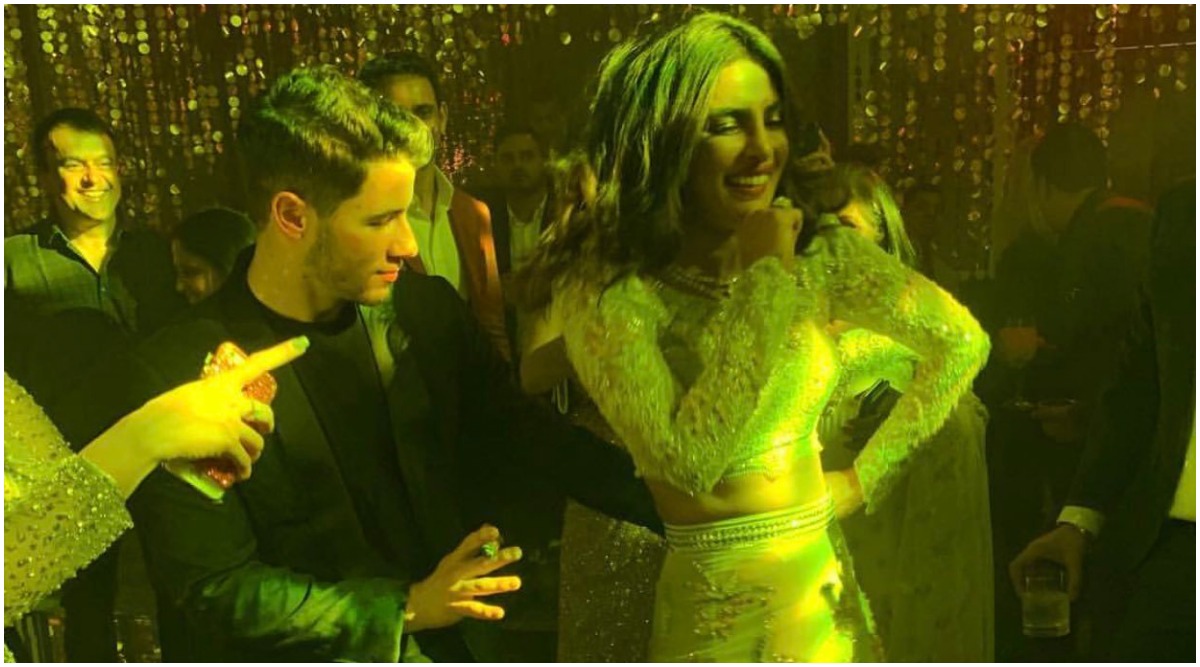 Priyanka Chopra Jonas and Nick Jonas are the most loved couple on this planet. From their adorable PDA moments to their stylish outings or even their fun fam-jam, this duo has been setting some major couple goals. This fun-loving couple has won hearts through their works. Besides all of this, everyone is talking about Nick Jonas’ obsession over desi songs. And the latest video in which Nick is seen grooving to the song “First Class” from Kalank, makes us say that he is just a Bollywood music lover. ‘Nick Is A Desi Munda at Heart’, Says Priyanka Chopra Jonas.

In an interview to BT, global icon Priyanka Chopra Jonas said how before any concert Nick Jonas listens to Bollywood songs. Right now the video of Nick who is also called National Jiju by fans, is the one that he is dancing to “First Class” right before the Happiness Begins tour pre-show. Before this he has also danced to other hit Bollywood songs such as “Taarefan”, “Hauli Hauli” and the most loved one “Desi Girl”. If you haven’t watched the videos yet of these dance numbers, you must check them out now.

When the fabulous four (Nick Jonas, Priyanka Chopra Jonas, Sophie Turner, Joe Jonas) were holidaying in Miami, PeeCee had shared a video from their vacay. It was fun to watch all the four chilling on a yacht, and grooving to “Tareefan” from Veere Di Wedding. Priyanka had captioned the video as, “When Bollywood music kicks in.. #tareefan”.

On Nick Jonas’ birthday, his sister-in-law Danielle Jonas shared a video to wish him. He was seen dancing along with his wife Priyanka Chopra Jonas to the song “Hauli Hauli” from De De Pyaar De. It is clear that Nick loves dancing to desi beats.

This is the recent one that Nick Jonas shared on his Insta story. He is undoubtedly enjoying dancing to the song “First Class” from Kalank, and this is right before he is heading to The Happiness Begins tour pre-show. Priyanka Chopra Jonas had told BT, “He is a complete Punjabi! He listens to Bollywood music before going on stage. He keeps listening to music on a Hindi radio channel. He calls it his 'hype music’. His dressing room has Bollywood music playing all the time. He just fell in love with India right from the time he visited the country.”

We have saved the best for the last! This is the one from Priyanka Chopra Jonas and Nick Jonas’ wedding reception which was held at Taj Lands End in Mumbai. Nick and Priyanka are seen grooving to the most loved track “Desi Girl” from Dostana. Around them you’ll manage to catch a glimpse of Ranveer Singh and Deepika Padukone dancing along with the couple.

And Here’s A Glimpse From Priyanka-Nick’s Sangeet Ceremony

It all began as a fierce song & dance competition between the families but ended, as always, as a huge celebration of love.  Nick and I were looking forward to the Sangeet (musical evening), another pre wedding ritual.. and to see what each side had put together. And what a performance it was. Each family telling our stories through song and dance, filled with lots of laughter and love. We were both filled with gratitude for the effort, the love and the laughter and will carry the memories of this special evening for the rest of our lives. It is an amazing start to a lifetime of togetherness for our families and friends...#grateful @nickjonas 📹/📷: @calebjordanlee @josevilla @josephradhik

The Chopras and the Jonas’, family members and pals from both the sides performed to some of the hit desi tracks. It was a fun start to Priyanka and Nick’s happily ever after. From getting dressed in traditional Indian outfits to the entire setup, this sangeet was unforgettable.

So these are some of the Bollywood numbers to which Nick Jonas has enjoyed grooving to. We just cannot to see the other favourite tracks that he loves to groove on!