Spider-Man: Across the Spider-Verse Part One sees Miles reunite with Gwen who then takes him on a multiversal journey it seems like. Along the way we will be joined by Oscar Isaac’s Spider-Man 2099 who looks like will be fighting Miles at some point in the film. 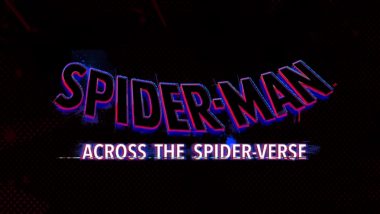 Spider-Man: Across the Spider-Verse Part One (Photo Credit: Sony Pictures)

Spider-Man: Across the Spider-Verse Part One sees Miles reunite with Gwen who then takes him on a multiversal journey it seems like. Along the way we will be joined by Oscar Isaac’s Spider-Man 2099 who looks like will be fighting Miles at some point in the film. The teaser for the film was filled with chalk full of references to the previous films and as well as some new surprises. So let’s take a look at five Easter Eggs from the new teaser of Spider-Man: Across the Spider-Verse Part One.

Just in the first few seconds of the teaser we see Miles lying down on his bed when a portal above him opens up. We see a few things levitating and out of it all the most interesting thing we see is a comic book titled “Spider-Man Saved the Multiverse”. It looks like the comic might be referencing the events of the first film and Miles might be having comics written around him just like the case was with Peter.

Gwen also seems to have kept the haircut from Spider-Man: Into the Spider-Verse. In what was an extremely hilarious scene, when Miles starts getting his powers, he accidentally gets his hand stuck on Gwen’s hair. Not being able to get his hand free, the doctors have to cut a bit of Gwen’s hair. It’s great to see that bit of continuity and character development being carried forward from the first film.

Gwen can be spotted wearing the same wristwatch that Spider-Man 2099 wore in the post-credit’s scene of Spider-Man: Into the Spider-Verse. This might hint towards the fact that Gwen too might have figured out how to hop between universes.

We even get to see a futuristic version of India in the trailer. If the trailer hints towards the fact that we may see the Indian version of Spider-Man from the comics, then it certainly might be Mumbai. For those confused, there is an Indian Spider-Man too in the Marvel universe by the name of Pavitr Prabhakar. Tom Holland’s Spider-Man: No Way Home to Release One Day Early in India, Will Open in Theatres on December 16!

We also get a brief glimpse of Miles fighting Spider-Man 2099. Why they are fighting well still remains to be a mystery, but it surely has us excited. Before the trailer ends, we see Spider-Man 2099 also take Miles to his universe.

Spider-Man: Across the Spider-Verse Part One is scheduled to release on October 7, 2022.

(The above story first appeared on LatestLY on Dec 06, 2021 04:29 PM IST. For more news and updates on politics, world, sports, entertainment and lifestyle, log on to our website latestly.com).