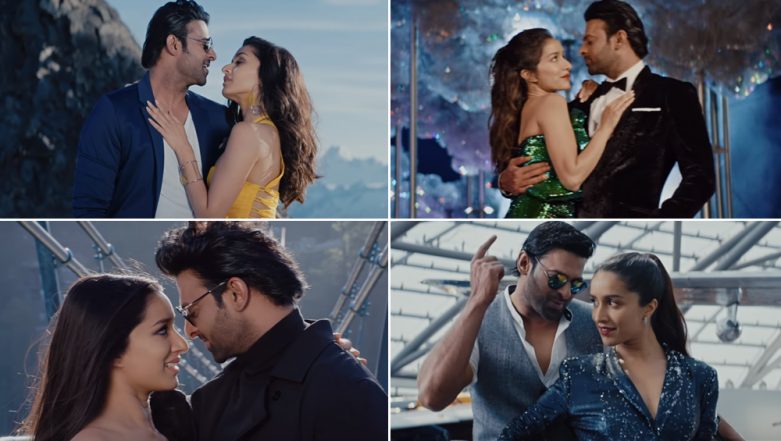 This romantic track, choreographed by Vaibhavi Merchant, has been shot in various parts of Austria. Crooned by Guru Randhawa and Tulsi Kumar, Enni Soni has been released in Telugu, Malayalam and Tamil versions as well. Prabhas posted, “Darlings, the melody of love is here! Enni Soni, Ye Chota Nuvvunna, Mazhaiyum Theeyum and Ekaantha Thaarame Out Now! #SaahoOnAugust30”. He has also mentioned the names of the singers and the versions sung by them. Saaho: Prabhas and Shraddha Kapoor Team Up for a Gun Fight on the New Action-Packed Poster - View Pic.

Watch the Hindi Version of Enni Soni below:

Saaho is an Rs 300 crore budget film, directed by Sujeeth. There is going to be loads of action drama and we saw a glimpse of it already. The film also stars Neil Nitin Mukesh, Mandira Bedi, Arun Vijay, Jackie Shroff and Lal in key roles. Saaho which was slated to release on August 15 has been pushed to August 30. The makers issued a statement stating they require more time ‘to bring finesse to the action sequences’. The expectations are sky-high from this Prabhas starrer, after his blockbuster Baahubali franchise.