Singer KT Tunstall feels she self-sabotaged her career. She says she always wanted to be a musician, but did not know how to handle overnight success because she hated being famous. 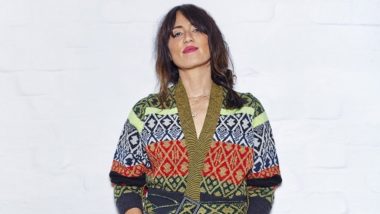 Singer KT Tunstall feels she self-sabotaged her career. She says she always wanted to be a musician, but did not know how to handle overnight success because she hated being famous. "I would tell that young girl, the young me, stick to your guns, use your gut and don't hold it all in when you're feeling upset. I think there was an element of self-sabotage in the way I handled things because I didn't really like being famous," said of the "Suddenly I see fame" singer, according to a femalefirst.co.uk report. Paris Hilton Can’t Stop Praising ‘Promising Young Woman’; Singer’s 2006 Song ‘Stars Are Blind’ Features in the Film (Watch Video)

"It really was a case of overnight success -- after I did 'Jools Holland' in 2004 everything changed. It went crazy. I was never a magazine cover artiste, and I didn't really want to be and that's not very helpful if you want to be a rock star. So I didn't really use the power I had," she added. She remembers telling herself "nothing will really change, but of course it did". "Everybody hanging on tenterhooks waiting to see where the next album is going to chart. Singer Madonna Is Back Home After Visiting 5 Countries in 3 Weeks Amid COVID-19 Pandemic

Being told I couldn't delay my second record because it was going to make somebody's share prices drop. That's not what I wanted," she recalled. The 45-year-old star wishes she could relive the night in 2006 when she won the British Female Solo Artist honour at the Brit Awards. She said: "If I could go back and re-live any moment in my life, I would go back to the Brits in 2006. It had been such a long road, and really tough with my family, too. They'd been very worried about me."

"We were at odds for a long time because I was pursuing this career they just didn't think was going to work. But they were at the Brits with me, I have this amazing photo of my dad -- he's passed away now -- but in this photo he has this really smug smile on his face, holding my Brit above his head. Prince was playing, and my mum turned to me, and she goes, he's good, isn't he?" she said.

The singer also got to meet "incredible artistes that I loved". "And I won the category I was in alongside Kate Bush and PJ Harvey! I said I was gonna break the head off and give it to Kate Bush. And I met Jimmy Page and he said he loved my boots. What an amazing, amazing night and I had such a good time. I'd love to do it all again," she added.

(The above story first appeared on LatestLY on Jan 18, 2021 12:34 PM IST. For more news and updates on politics, world, sports, entertainment and lifestyle, log on to our website latestly.com).