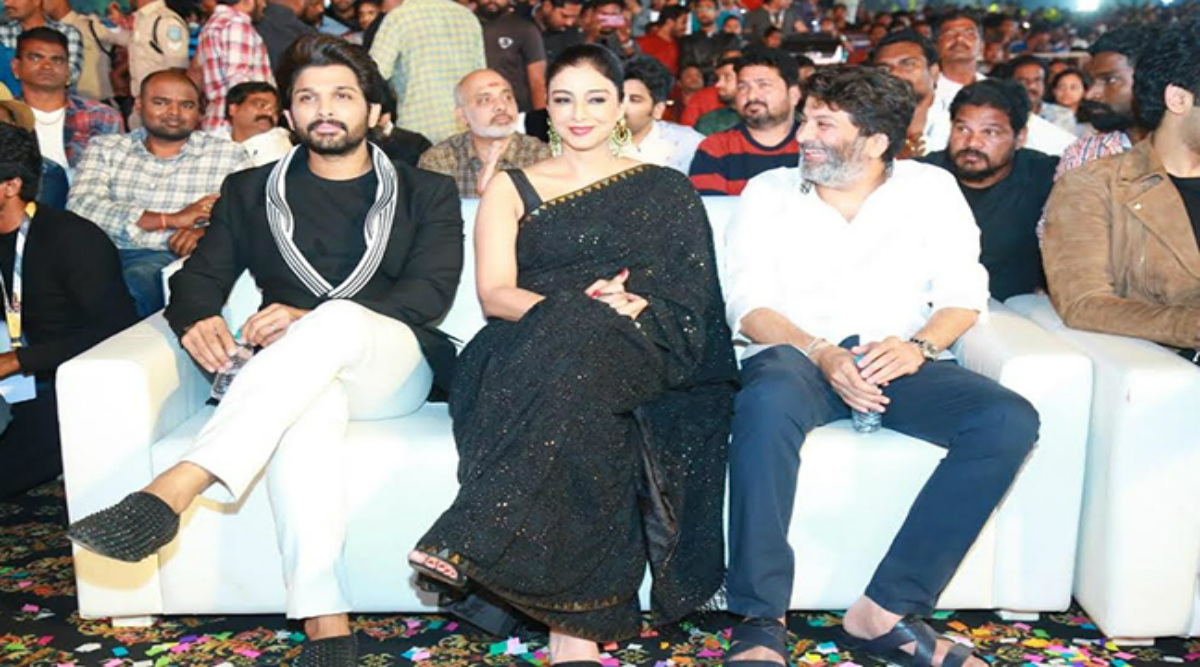 Hyderabad, January 7: Actors Allu Arjun and Tabu got together to promote the music of their upcoming Telugu film "Ala Vaikunthapurramuloo" here. The event -- South India's "biggest musical night" -- saw almost 50 music artistes like Armaan Malik and Sivamani hitting the stage.

"Ala Vaikunthapurramuloo", directed by Trivikram Srinivas, has already won the hearts of the audience through its songs such as "Samajavaragamana", "Ramuloo Ramulaa" and "OMG Daddy".

The film's team, including its composer Thaman S, got together here on Monday to celebrate its music.

Armaan, a popular name in Bollywood, sang "Butta Bomma". Following his performance, he said: "Thank you Thaman sir for the song. Allu sir I am your big fan."

Another popular Bollywood singer -- Shreya Ghoshal's song "Samajavaragamana (female version)" features in the soundtrack. Though she couldn't make it to the event, her video of singing the song was screened in front of thousands of screaming fans.

Its male version was sung live by Sid Sriram.

Famous percussionist Sivamani pumped in more energy into the gala through his performance, especially his solo piece. He used different forms of percussion instruments like drums, tabla, bongo and also a bucket filled with water.

The audience also got to watch the film's trailer that was full of comedy, action and some cool dance moves by Allu Arjun.

His co-star Pooja Hegde was not at the event though she tweeted the trailer of the movie. "Here you go... #AlaVaikunthapurramulooTrailer. Let's celebrate this Sankranthi like never before at theatres, ONLY!!"

The film, produced by Allu Aravind and S. Radha Krishna under their banners Geetha Arts and Haarika & Hassine Creations, is set to release on January 12. Tabu will be returning to Telugu films with "Ala Vaikunthapurramuloo" after more than a decade.