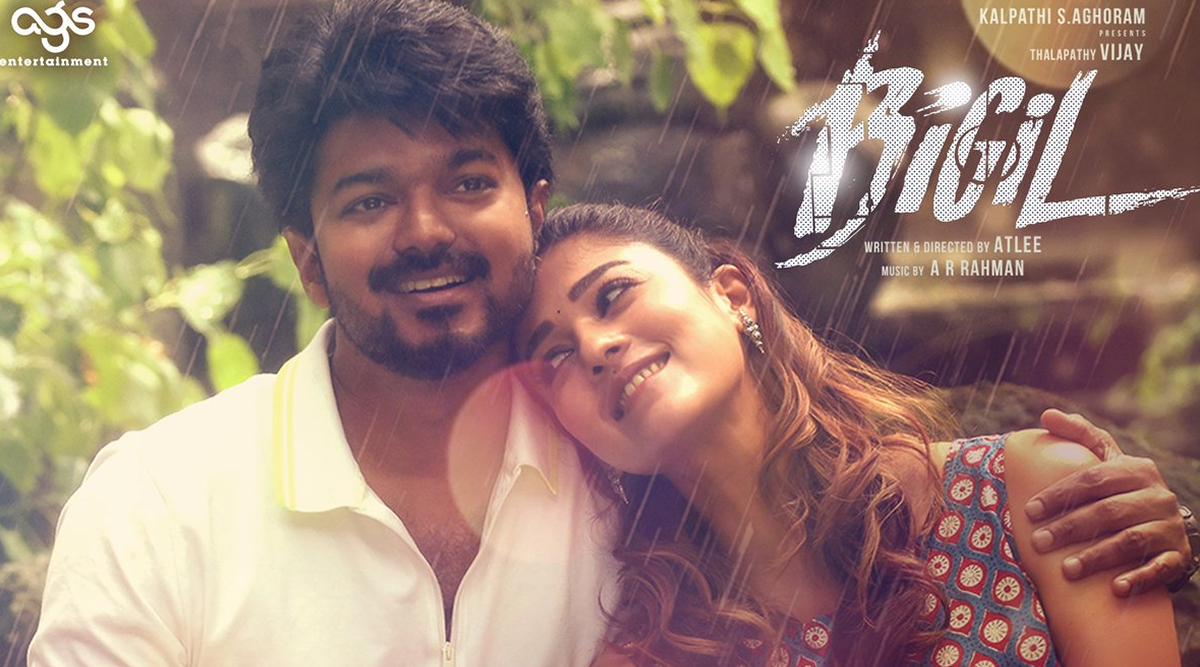 It is Bigil Trailer day so what do you even expect? Twitterati is abuzz with #Bigil trends, and the fans are busy hailing the power packed trailer. It is Atlee-Vijay-Nayanthara outing, so the response to the video had to be wider than usual. Also, fans get to see their favourite Thalapathy in more than one role and that's enough of a reason to wait for it. However, not just the fans but our Bollywood celebs too are appreciating it! Don't believe us? Check out these tweets posted by the stars. Bigil Trailer: Thalapathy Vijay and Nayanthara's Sports Action Drama Looks Power Packed!.

Bollywood actors are showering heaps of praises on the director and the actor. Varun Dhawan and Shah Rukh Khan too are voicing their opinions.  It can be noted that rumours were rife that SRK and Atlee are soon to be teaming up for some film. Now, him showering special attention to this south mass entertainer adds fuel to the rumours. Check out the support extended by B-town to Bigil.

What an incredible trailer 🔥🔥🔥 https://t.co/EXz3nBurej

Karan Johar Has Too Much to Say!

The trailer also has Bollywood actor Jackie Shroff in the lead. The film focuses on the game of football and how the women take it on their pride to win it. Bigil is slated to hit the screens during Diwali 2019. Hence, you can expect the screens down south heat up with only and only Bigil fever. Did you like the trailer of this starry actioner? Do let us know in the comments section below.