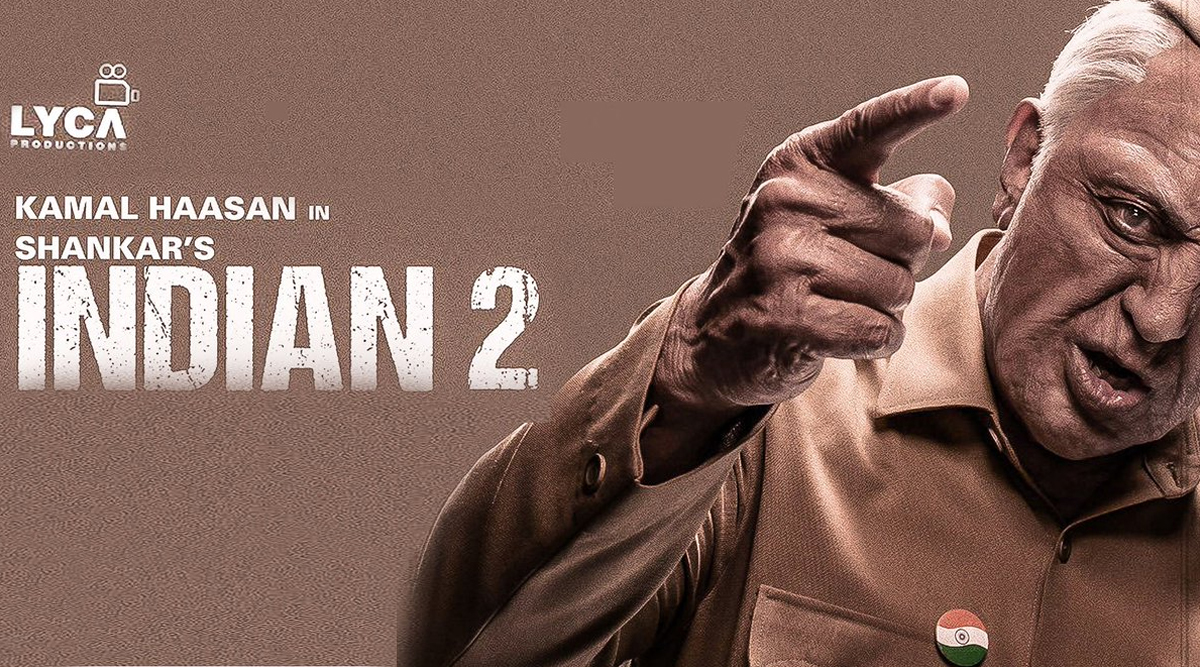 The shoot of Kamal Haasan's upcoming magnum opus Indian 2 is currently underway in Gwalior. The team recently concluded a major action episode shot on a budget of Rs 40 crore in Bhopal. Stylist and designer Amritha Ram took to Instagram to share an update about Indian 2. She revealed the shoot is currently underway in Gwalior. A couple of weeks, the team shot a major action sequence with 2,000 junior artistes in Bhopal. Pictures from the shoot went viral on social media. Indian 2: Not Ajay Devgn, but Anil Kapoor to Play a Key Role in Kamal Haasan Starrer?

Indian 2, a sequel to 1992 Tamil blockbuster Indian, marks the reunion of Hassan and Shankar after two decades. It also stars Siddharth, Kajal Aggarwal, Rakul Preet Singh and Priya Bhavani Shankar, among others. The industry grapevine is that Anil Kapoor has been signed to play the antagonist. Last month, pictures of him from the sets of the film went viral. The first poster of the film was unveiled on the occasion of Pongal earlier this year. The team will soon head to Taiwan to shoot some important portions. Indian 2: Kamal Haasan’s Senapathy Stands Tall in this New Poster and Fans Couldn’t Have Asked for a Better Independence Day Treat – View Pic.

Indian 2 marks the return of Kamal Haasan as the octogenarian vigilante Senapathy. The film, which is being produced with a lavish budget by Lyca Productions, has music by Anirudh Ravichander. Just a few weeks ago, Kamal Haasan got rid of his moustache to sport a clean-shaven look for Indian 2 and his other upcoming project, Thalaivan Irukkindran.

Haasan hopes to wrap up Indian 2 by December, or early January next year, and immediately begin work on Thalaivan Irukkindran, which is rumoured to be a sequel to Thevar Magan.