A father-son duo, Jayaraj and Fenix, in from Tuticorin, Tamil Nadu were allegedly tortured by the police that led to their death. 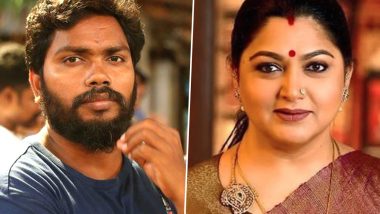 We have been witnessing a severe outrage against police brutality in the US against George Floyd. The cops pinned down George to death and that initiated worldwide protests under 'Black Lives Matter.' In India, now an equally horrific incident was reported related to police brutality. A father-son duo, Jayaraj and Fenix, in from Tuticorin, Tamil Nadu were allegedly tortured by the police that led to their death. The incident is getting slammed all over the social media and several south cinema celebs have reacted to it.

Jayaraj (59) and Fenix (31) were taken away by Sathankulam police for questioning. They had reportedly kept their mobile shop open during the lockdown phase. They were allegedly taken into the custody and tortured brutally by the police and beaten to death. Netizens and celebs are demanding justice for them and people to voice against police brutality as much as they did for George Floyd. Here are some of the tweets of the celebs.

Will we and can we see law taking its course and punishing the guilty without any further delay in #Jeyaraj and #Fenix case? The culprits cannot and should not get away. A family has lost their most loved ones. Justice delayed is justice denied. #JusticeForJeyarajAndFenix

#JusticeForJeyarajAndFenix No one is above the law, justice must be done for this inhuman act.

What happened in Saththankulam is HORRIBLE!! Insult to Humanism... The accused officials needs to be Punished and Justice has to be given to those poor souls.... Some Humans are more dangerous than Viruses!!#JusticeForJeyarajAndFenix

Terrified to hear the brutality inflicted upon Jeyaraj & Fenix.

Totally inhuman and couldn’t digest the torture they must’ve gone thru.Let’s raise our voices for this ruthless act India! Jeyaraj and Fenix are the George Floyd of India.#JusticeForJeyarajAndFenix

This is NOT the work of Good and Honest police men who uphold Justice, Law & Order.

This is the work of a few sadistic and barbaric criminals in uniform!#JusticeForJeyarajAndFenix

They were taken to Kovilpatti General Hospital soon. However, Fenix died on June 22 while Jeyaram lost his life on June 23.  Twitter is abuzz with the hashtag #JusticeForJeyarajAndFenix. The investigation of this case is still underway.

(The above story first appeared on LatestLY on Jun 26, 2020 05:38 PM IST. For more news and updates on politics, world, sports, entertainment and lifestyle, log on to our website latestly.com).