Pattas Motion Poster: Dhanush Returns with a Mass Entertainer and it Can't Get Better than This (Watch Video) 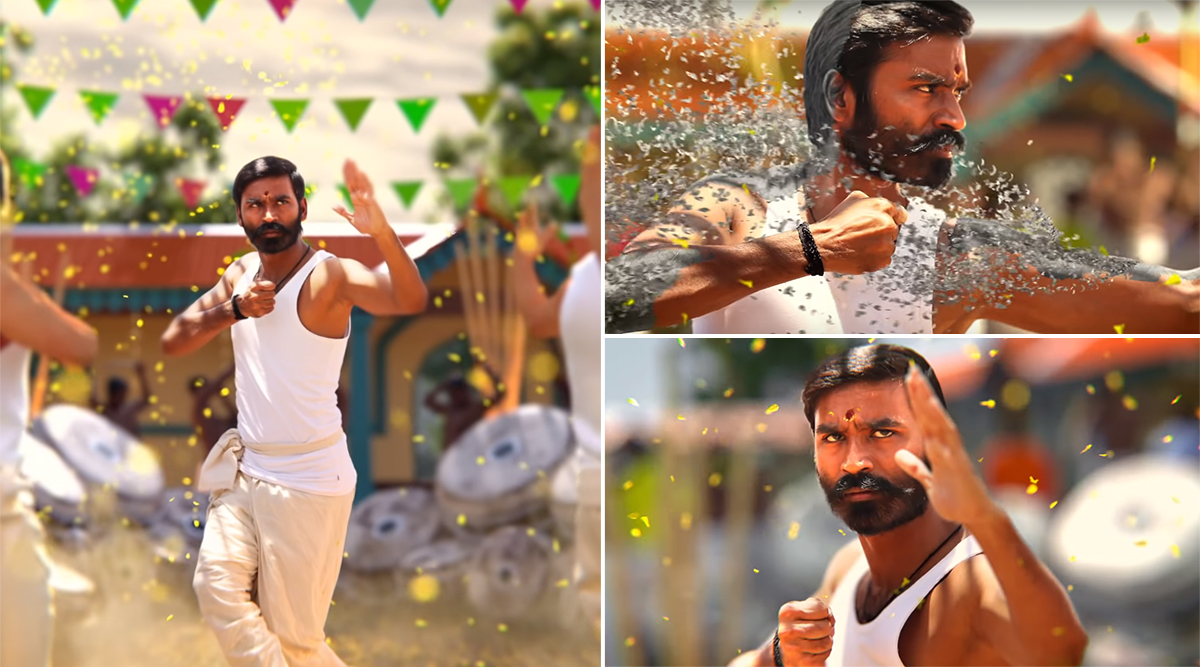 Dhanush in and as Pattas already sounds and looks so entertaining that we need no more validation. The Raanjhana actor's next with director RS Durai Senthilkumar looks like a mass entertainer - a genre that's his name is now associated with. If you think his last outing Asuran was too much for you to deal with, Pattas would be like a breath of fresh air, where the actor is in his element and there are no chances of him going wrong with it. The motion poster of Pattas was unveiled today evening and going by its short video, we can promise you an entertaining ride ahead. Pattas First Look Out: Dhanush's Swag is Unmissable in this Poster.

Dhanush took to his Twitter account to unveil his next Tamil release's first poster today and going by the reports he's apparently playing dual roles in same. Imagine his acting proficiency and now double it for his dual avatars - the premise can't get exciting and thrilling than this. While the film's first poster portrayed him as a flamboyant guy, the motion poster introduced him as the new angry young man.

Check Out the Motion Poster Below

Pattas will hit the screens on January 16, 2020, just after six days of Rajinikanth's Darbar. Dhanush's Tamil outing will also clash with Allu Arjun's Ala Vaikunthpurramulo and Mahesh Babu's Sarileru Neekevvaru.

Coming to his Bollywood outing, the actor marked his debut with Aanand L Rai's Raanjhana and later with Amitabh Bachchan starrer, Shamitabh. There are reports that he has signed the Zero director's next with Sara Ali Khan but no official confirmation on the same is out yet. Let's keep our fingers crossed and meanwhile, enjoy his new motion poster.