Priya Bhavani Shankar Paired Opposite Chiyaan Vikram in Ajay Gnanamuthu’s Next? All You Need to Know about Meyaadha Maan Actress 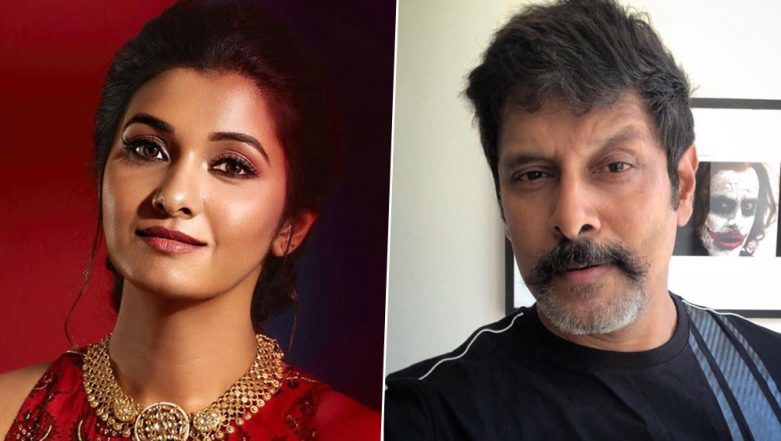 Two weeks ago director R Ajay Gnanamuthu dropped the biggest news about #Vikram58, that’s what Chiyaan Vikram’s next project is tentatively titled. Director announced that AR Rahman will be composing the music of Vikram 58. Fans were elated to hear about this collaboration and were eagerly looking out for the next update. It is now heard that Priya Bhavani Shankar would be paired opposite Vikram in this upcoming flick. About it a source revealed to TOI, “Yes, Priya has signed on the dotted line. She will be playing Vikram’s pair in the film.” If the reports are true, then here are few intriguing facts you need to know about Meyaadha Maan actress. Amala Paul’s Aadai Noon Shows Cancelled! Chiyaan Vikram’s Kadaram Kondan Enjoys Successful Run at Chennai Multiplexes.

Priya Bhavani Shankar shot to fame as a television presenter in Tamil, for the news channel Puthiya Thalaimurai. She then acted in the TV serial Kalyanam Mudhal Kadhal Varai which was aired on Star Vijay. She was also seen as the celebrity host for the dance reality show Jodi Number One. After hosting numerous events, in 2017 she made her debut in Tamil rom-com Meyaadha Maan. This was Aadai director Rathnakumar’s directorial debut in which Priya played the character S Madhumitha (Madhu). Roshan Mathew to Make His Bollywood Debut! Koode Star to Share Screen Space with Mirzya Actress Saiyami Kher.

A post shared by Priya BhavaniShankar (@priyabhavanishankar) on Jun 12, 2019 at 5:10am PDT

Kadaikutty Singam, an action drama that released in 2018, was Priya Bhavani Shankar’s second film and even that was a blockbuster. She has many other projects lined up for 2019 and the two biggies in which Priya will be seen playing the lead role is Indian 2 and Mafia. And amidst these big projects the announcement of Priya being paired opposite Chiyaan Vikram in #Vikram58 is out. We’re just waiting for the official announcement to happen soon!

A post shared by Priya BhavaniShankar (@priyabhavanishankar) on Jul 28, 2018 at 8:16am PDT

Talking about Vikram 58, this is R Ajay Gnanamuthu’s third film which would be released in 2020. It would be released in three languages – Tamil, Telugu and Hindi. His earlier two films Demonte Colony and Imaikkaa Nodigal were also blockbuster. The expectations are sky-high as it features Vikram in the lead role. Stay tuned for further updates.