Shooting of Mohanlal’s Drishyam 2 to Begin By mid-August?

Directed by Jeethu Joseph, Mohanlal starrer Drishyam 2 is produced by Antony Perumbavoor under the banner of Aashirvad Cinemas. 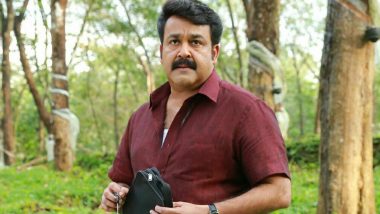 Mohanlal announced about the sequel of his blockbuster film Drishyam on the occasion of his 60th birthday. The superstar dropped an intriguing teaser of Drishyam 2 and since then fans have been waiting to know more details of this upcoming suspense thriller. Owing to the ongoing crisis, the shoot of several films had to be suspended temporarily. But with time, some of the state governments granted permission to resume with the shooting of pending films. Drishyam 2 Confirmed Ahead Of Superstar Mohanlal’s 60th Birthday!

The Kerala Film Producers Association had stated that the shooting of films cannot start unless the actors take a pay cut. The The Kerala Film Producers Association had also stated that the shooting of new films cannot start as there are 66 films that are shot and pending to be released. Regarding the shooting of Drishyam 2, as per industry expert Sreedhar Pillai, according to Mohanlal there is nothing wrong in starting shoot of new films and the team of his upcoming project are planning to begin the shoot by mid-August. Drishyam 2 Teaser: Mohanlal Drops a Big Birthday Treat For His Fans With the Upcoming Suspense Thriller's Intriguing First Look (Watch Video).

Now @Mohanlal says there is nothing wrong in starting shoot of new films. The shoot of his #Drisyam2 will start from Aug 17. The artists association #AMMA is meeting this Sunday.

The makers are yet to make an official announcement on the shooting of Drishyam 2. Directed by Jeethu Joseph, this sequel is produced by Antony Perumbavoor under the banner of Aashirvad Cinemas. The other films of Mohanlal bankrolled by this banner are Marakkar: Arabikadalinte Simham, L2: Empuraan (sequel to Lucifer) and Barroz: Guardian of D’Gama’s Treasure (the actor’s directorial debut).

(The above story first appeared on LatestLY on Jul 02, 2020 09:06 AM IST. For more news and updates on politics, world, sports, entertainment and lifestyle, log on to our website latestly.com).