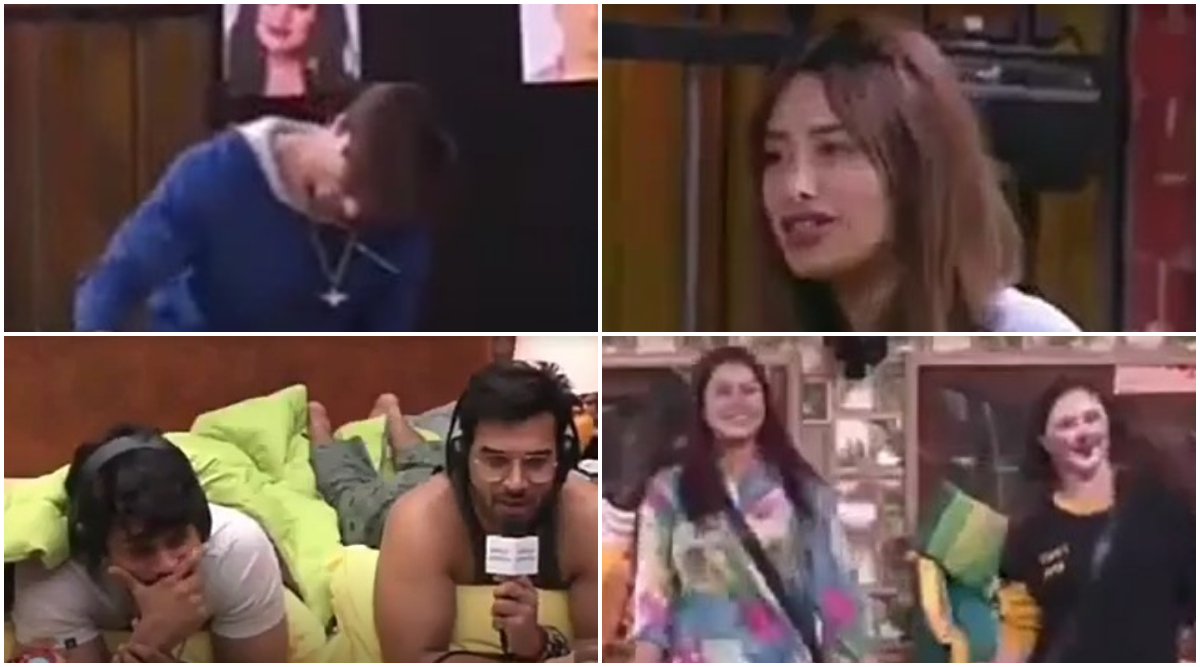 After the exit of Sidharth Shukla and Paras Chhabra from Bigg Boss 13 house, the other housemates are getting the much-needed limelight. After Monday nominations, Tuesday's (10 Dec) episode was all about the captaincy task, Post Office. Till now, Rashami Desai, Shefali Jariwala and Vikas Gupta are the three captaincy ke dawedaars. And now going by the precap, the task ahead will be quite an interesting affair. First things first, we see Mahira Sharma being generous and giving Asim Riaz his family's letter during the task. But later when Asim finds Mahira's chitti, the lad chooses captaincy over Mahira and shreds her family note. To which Sharma gets devastated. Bigg Boss 13 Day 65 Highlights: Shefali Jariwala Sobs Due to Asim Riaz, Mastermind Vikas Gupta Adds Fuel to the Fire During the Captaincy Task and More Drama!

Not just this, a part of the preview clip also shows how Sid and Paras are going to turn Bigg Boss for some time and rule over the inmates. Straight from the secret room, Sidharth and Paras in BB's voice will be assigning tasks to the inmates. Amidst the same, we see Rashami Desai transforming herself into a joker and entertaining the ghar wherein Shefali Jariwala will be seen balancing a mug on her head. Looks like this particular task by Chhabra and Shukla will make fans giggle and laugh for sure. Bigg Boss 13: Rashami Desai's Brother Gaurav Slams Arhaan Khan, Says ‘My Sister Was Never On Road'.

Have A Look At the Preview Clip Below:

A post shared by sidharthshehnaazfanpage (@sidharthkingofbigboss13) on Dec 10, 2019 at 10:41am PST

Meanwhile, let us remind you that the Post Office task will give the house a few captaincy contenders and it will be really interesting to see who among them will be crowned the next captain of the house? Stay tuned to LatestLY for all updates from BB 13!