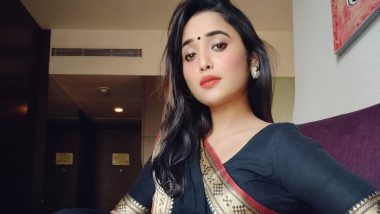 While the reality show still might be months away, the chatter around Bigg Boss 13 has already begun. The show has shifted base from Lonavala to a film city in Mumbai this year for the new edition. Bigg Boss Marathi 2 is currently being shot in the house and as soon as it wraps up, the house will be renovated for the new Hindi season. Speculated names of the contestants have already started doing the rounds. Adding to the list - Rani Chatterjee. The Bhojpuri actress who draws monumental attention on the internet has been approached by the makers, as per a report by Spotboy. Bigg Boss 13: Comedian Rajpal Yadav to Enter Salman Khan’s Controversial Show?

The report also adds that Rani is pretty close to being finalised and she has already started working out intensely to get into shape for her TV stint. The actress has been in the running for the show for the past two seasons as well, but only got around to being cast this time. We are definitely looking forward to seeing her on the small screen. Bigg Boss 13: Salman Khan Wants A Female Co-Host For This Season?

In the past, Bhojpuri stars have been major crowd pullers for Bigg Boss. It all started with Ravi Kishan in the debut season of the reality show. Then over the past 13 years, names like Nirahua, Manoj Tiwari, Mona Lisa, Sambhavana Seth have participated on the show and excelled. A Bhojpuri star is yet to win the fan favourite reality show. Maybe Rani Chatterjee would be the lucky contestant?

Amongst others who have been approached for Bigg Boss 13 are Veer actress Zareen Khan, comedian Siddharth Sagar, Yaarian actor Himansh Kohli, TV actress Donal Bisht. There are reports that the show is going back to its old format and there will be no commoners brought in the house as contestants. Salman Khan will be hosting Bigg Boss once again.

(The above story first appeared on LatestLY on Jun 05, 2019 06:37 PM IST. For more news and updates on politics, world, sports, entertainment and lifestyle, log on to our website latestly.com).