Bigg Boss 13: Sidharth Shukla And Devoleena Bhattacharjee Flirt With Each Other And We Are Confused 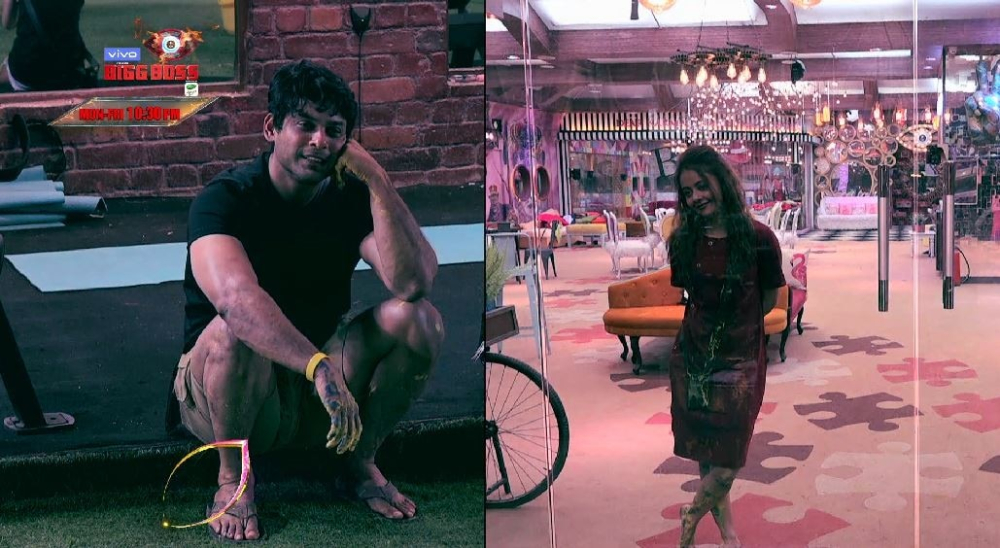 Bigg Boss 13 has turned out to be an interesting season, we have to admit. Although it got boring after the initial few weeks, things heated up inside the house, major thanks to the fights that best friends, Rashami Desai and Devoleena Bhattacharjee had with Sidharth Shukla. It's clear that the two ladies do not like Sidharth one bit. So we got really confused when we saw a video of Devoleena and Sidharth flirting with each other recently. It all started during the latest luxury budget task of Bigg Boss 13 when the two TV actors shared an eye lock. It didn't end there as on last night's episode, Devoleena and Sidharth again shared an eye lock through the glass door of the bedroom. Then began the flirting as Devoleena says to Sidharth, "Rang mein rang gayi hoon." To which he replies, "Mere rang mein rang gayi na. Hothon pe bhi laga hai."

Devoleena and Sidharth continued flirting with each other as the latter asks her to get his hands washed and surprisingly she agrees as Devoleena takes Sidharth to the kitchen and washes his hands in the sink. Of course, the other housemates were stunned, but honestly, we are confused. Is this happening for real? Is there a love story brewing between Sidharth and Devoleena or are they doing it just for fun? Bigg Boss 13 Day 47 Preview: Devoleena Bhattacharjee Tells Rashami Desai to F**k the Inmates Happiness and Vishal Aditya Singh Locks Horns With Hindustani Bhau (Watch Video).

As their conversation goes further, Sidharth went on to say that Devoleena fell in love with him when she was out of the house for a few days. If you will remember, Devoleena and Rashami were eliminated from Bigg Boss 13 a couple of weeks back. The two re-entered the show as wild card contestants last week. Devoleena replied to Sidharth by saying, "Sabse zyada toh miss Sidharth he kar raha tha. Uske liye toh ayi main andar. Pair pakad li Bigg Boss ke ki Bigg Boss please mujhe andar bhej do. Main Sidharth ko akele chhor ke aayin hoon." This is when we realised that Sidharth and Devoleena are just goofing around and there is no love angle between the two. But would you want to see Sidharth and Devoleena romancing each other for real? Let us know by tweeting to us @LatestLY.