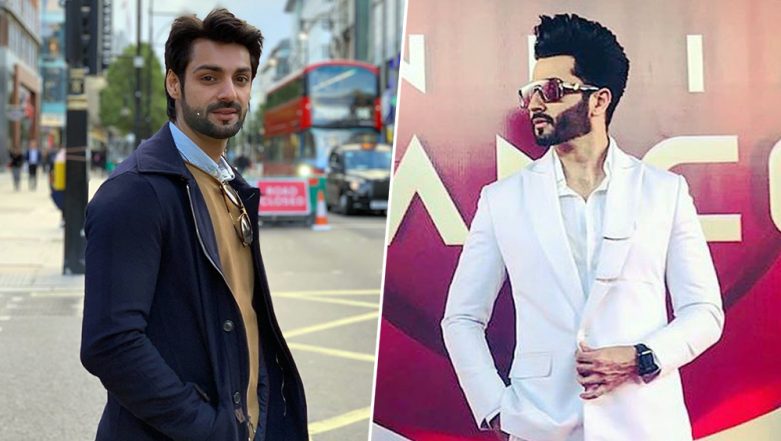 It was like a dream come true for Kundali Bhagya actor Dheeraj Dhoopar when he was approached to be the host for Zee TV’s upcoming Dance India Dance season 7. Not only was the actor, who is loved by his fans as Karan Luthra in Kundali Bhagya, all set to make his hosting debut, he was even more excited for having gotten the chance to share the stage with Kareena Kapoor Khan, who happens to be one of the judges of the competition this time around. Kundali Bhagya Actor Dheeraj Dhoopar Opts Out of Kareena Kapoor Khan’s Dance India Dance 7

However, Dheeraj’s loss is another television hunk Karan Wahi’s gain. With Dheeraj having to step down as the host, India Forums reports that Karan Wahi who has quite the hosting resume (Nach Baliye 5 and 6 with Gautam Rode, Indian Idol Juniors, Indian Idol 7, Dance India Dance Super Moms, India’s Next Superstars with Rithvik Dhanjani), has been roped in to host the show.

Only this morning, Dheeraj had admitted to a leading portal, “I am not complaining about the long hours, but it would leave me without any weekly off. Also, I need to focus on other commitments. I hope that in the future too, I get such good opportunities." ICC World Cup 2019 Fever! Birthday Boy Karan Wahi and BFF Asha Negi Cheer for Team India Against Australia at The Oval (View Pic)

This time around, actress Kareena Kapoor Khan will be seen making her television debut with Dance India Dance 7 and will be one of the judges, alongside Rapper Raftaar and Bosco Martis. The theme this time around has been changed into a zonal competition where contestants will be divided into the North, East, West and South zones with skippers Bhawna Khanduja (North Ke Nawabs), Palden Lama (East Ke Tigers), Paul Marshal (West Ke Singhams)