Nach Baliye 9: Vishal Aditya Singh Confirms Elimination, Says ‘What the Show Chooses to Highlight in Its Promos Is Not My Business’ 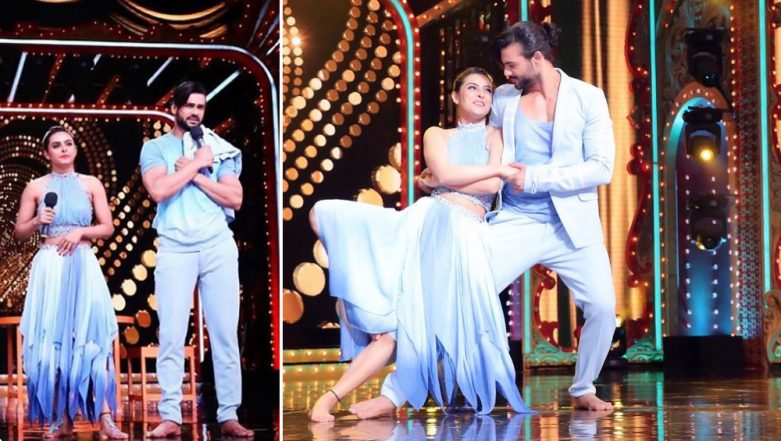 Actors and exes Vishal Aditya Singh and Madhurima Tuli have been eliminated from Nach Baliye 9. It was also reported earlier that when the topic of Madhurima slapping Vishal was broached and on hearing the news of their elimination, the lady threw down the mike on stage and also walked out of the sets, which eventually caused Raveena Tandon to lose her cool and call Madhurima unprofessional. However, all hope’s not gone for the pair’s fans as there have been rumours that the pair might return as the show’s wild card entrants because of the spicy content that they served. Nach Baliye 9: Faisal Khan To QUIT The Show After leg Surgery? (View Pic)

Addressing these rumours, Madhurima revealed that the pair themselves are clueless on them re-entering the show as wildcards. She revealed to BT, “I agree that our fights became the talk of the town and we were in the limelight. Though the fights bothered us, they were not staged or scripted. We had those differences, but I did not realise then that this was a national platform; we got carried away. I think the fights got a lot of attention for us, but they were also one of the reasons why the judges felt we should be evicted.”

Apologising for the incident, Madhurima added, “After we got eliminated, I threw the mike because it was getting on my nerves, and I decided to give up. I am sorry that it happened in front of the judges. I don’t know if we will be back on the show, but as far as a relationship is concerned, we will never be back together. Hopefully, it has ended well and that’s what I feel happy about.” Nach Baliye 9: Madhurima Tuli SLAPS Vishal Aditya Singh On the Sets Dance Reality Show! (Watched Leaked Videos)

However, Vishal Aditya Singh believes that it was very natural for the exes to have fights and also stated that their fights were not scripted, contrary to popular belief. “We lost out on votes and were evicted. If people feel we will be back as a wild card entry because we added spice to the show, then I think they have lost perspective here. Did we not dance at all? Did we just keep fighting and arguing? Have other couples on TV never fought? If baliyes can have nok-jhok, in this case, they have brought exes together... obviously, there will be friction.”

“What the show chooses to highlight in its promos is not my business. They will promote the product that is most saleable. I actually don’t like this word ‘content’. A lot of people said we were providing content to the show with our fights, but I would like to say that at least we were real. And I’m saying this for the last time — our fights were not staged. In a relationship, a guy should not always be blamed, the woman may be equally at fault. Had I thrown the mike like she did and said I don’t want to do the show, people would have abused me and said so many things,” saying so, Vishal concluded. Nach Baliye 9: Vishal Aditya Singh On Ex- Madhurima Tuli: 'When Someone Tries to Change You Completely, The Only Option is to Walk Away'

Well, we do not know about others but we are definitely going to miss seeing Vishal and Madhurima on the show. Though we did not like their constant bickering and fights, the pair did give some chemistry oozing performances, didn’t they?