Ramayan TV Series Returns To Television During COVID-19 Lockdown: 12 Interesting Facts About The Ramanand Sagar Show That You Need to Know 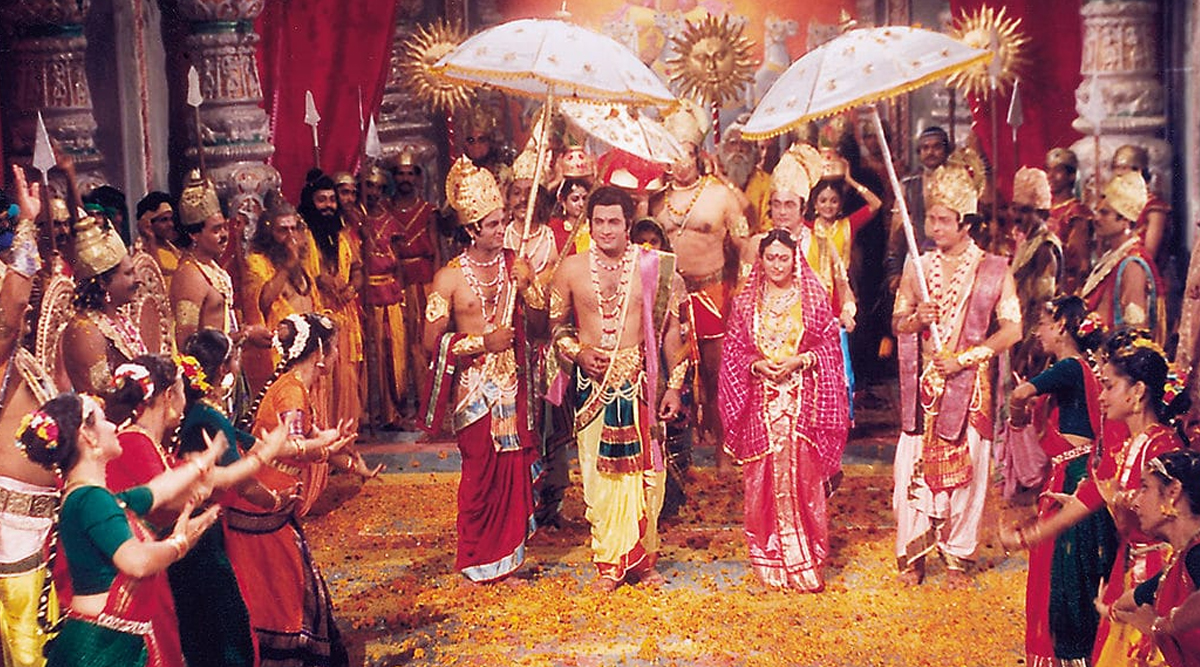 Back in 1987, Ramanand Sagar came up with his take of Ramayan. Starring Arun Govil, Deepika Chikhalia and Sunil Lahri in the lead roles, the show, that Doordarshan not backing so much initially, went on to become a cult, having made records that haven't yet been broken. In the wake of the COVID-19 lockdown, with show shootings being halted and with gaping programming vacancies, many channels have resorted to re-telecasting their old shows. Ramayan Re-Telecast Schedule on Doordarshan: Here's When and Where You Can Watch The Arun Govil-Deepika Chikhalia-Sunil Lahri Mytho Show on TV.

This morning, Information and Broadcasting Minister Prakash Javadekar announced that Ramayan will be back on television screens with two episodes lasting one hour each, starting March 28, 2020 on DD National. Ramayan TV Series: Did You Know Each Episode of Ramanand Sagar’s Show, Aired on Doordarshan, Was Made on a Budget of Rs 9 Lakh?.

And now, because we will be getting transported back to the day when everyone's Sunday routine included being glued to the TV for some does of spirituality at 9:30 am, here is some much-needed trivia on the country's first-ever mythological show that went on to become one of the most viewed religious shows, ever.

Initially set for only 52 episodes, Ramayanwas granted an extension thrice, owing to the show's demand and went on for 78 episodes.

The show's Ram-Sita Jodi, Arun Govil and Deepika Chikalia became such sensations that people forgot they were just actors playing the roles. Arun and Deepika were stopped and people would seek their blessings, whenever they stepped out in general public.

Doordarshan had initially rejected the idea.

Ramayan is considered as one of the most popular series ever aired on Indian television, having achieved a viewership every week of over 100 million, a mean feat.

There came a phase during the telecast of the show where people would reschedule their plans just to be able to watch the show. Come 9:30 am, life apparently came to a standstill for many, as all they wanted to do was watch Ramayan.

Sunil Lahri almost did not play Laxman as he was first auditioned to play Shatrughna. Imagine!!

Deepika Chikhalia auditioned several times for the role of Sita. Looks like she wanted it bad and we are not complaining.

Apart from Arun Govil's Ram having a huge fan base, his smile was also very very popular. He is considered one of the most good-looking Ram on television of all times.

The serial's influence was such that people became extremely superstitious. They would not wear slippers while the show was airing, they would bathe and only then sit to watch the show among others.

Apart from India, Ramayan aired in 55 other countries and at that time, amassed a total viewership 650 million and also has a Limca Book of Records title for being the most-watched religious series.

A few days back, we had reported about how channels will be reairing their OTT content on the tube. Star Plus will be airing some of Hotstar's content, Zee TV will feature ALTBalaji and Zee5 shows. And while Colors has begun the re-runs of Bigg Boss 13, Sony TV will see old episodes of The Kapil Sharma Show go on air.