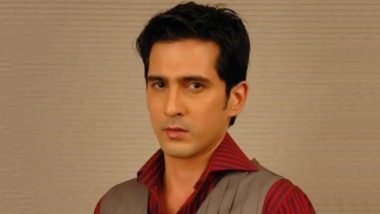 Samir Sharma, the popular television actor, known for his roles in the TV shows such as Kahaani Ghar Ghar Kii, Kyunki Saas Bhi Kabhi Bahu Thi, Yeh Rishtey Hain Pyaar Ke, among others, has reportedly died by suicide. According to a report in ANI, the actor was ‘found hanging from his kitchen ceiling at his residence in Malad West’ on the night of August 5. His death has come a huge shock to all his fans and they have expressed grief on Twitter. Sameer Sharma, Yeh Rishtey Hain Pyaar Ke Actor, Dies By Suicide.

The Malad Police revealed to the leading news agency, “TV actor & model Sameer Sharma was found hanging from his kitchen ceiling at his residence in Malad West last night. Accidental Death Report registered, body sent for autopsy. Looking at body's condition, it’s suspected that he died by suicide two days back: Malad Police. #Mumbai.” According to a report in News18, on Wednesday night the watchman of the society was on his usual rounds when he saw the body of the actor and alerted the society members.

Guys, Don’t say suicide until or unless investigation is not done .

Need to check if all these deaths connected to each other ?

What the hell is going on in #Bollywood pic.twitter.com/ArSEsTwU8E

Another life lost to suicide... #SameerSharma. Have known him by his work in many TV series and films. #RestInPeace pic.twitter.com/23TBXv4ULc

This Year Turns To Be Shocking With Each Passing Day

What the hell is going on!!!

Police didn't found any suicide letter in that place"!!!#2020worstyear pic.twitter.com/BBGQCMOgb4

Fans and industry members were coping with actor Sushant Singh Rajput’s death, who also died by suicide on June 14 at his residence in Bandra, Mumbai. As the investigation is still going over his death, here comes the shocking news of TV actor Samir Sharma. The actor was currently being featured in the show Yeh Rishtey Hain Pyaar Ke aired on Star Plus. May his soul rest in peace.

(The above story first appeared on LatestLY on Aug 06, 2020 01:37 PM IST. For more news and updates on politics, world, sports, entertainment and lifestyle, log on to our website latestly.com).