Sanaya Irani Urges Actors To Raise Their Voice When Not Being Paid Their Dues, Says 'You Don’t Get Your Money in 3 months, Raise Your Voice in The 4th Month'

Actress Sanaya Irani too, has urged producers to pay actors upfront, especially in testing times like this. She also feels that actors need to raise their voice and demand their rights. 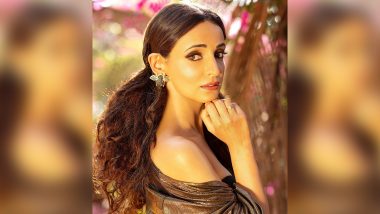 Actor Manmeet Grewal committed suicide a few days back and the reason for the actor taking this extreme step was unpaid loans, non-payment of dues pending to him and depression that came on because of the lack of work amidst the lockdown. Manmeet's death triggered a lot of actors who openly spoke up about how the entertainment industry was affected severely. Also, after the plight of actors of Humari Bahu Silk, who had not been paid since 2019 came out, producers have been at the receiving end. Late Actor Manmeet Grewal's Wife Confirms He Was In Depression Over Non-Payment of Dues and Loans (Details Inside).

And in a similar conversation, actress Sanaya Irani too, has urged producers to pay actors upfront, especially in testing times like this. In a conversation with HT, Sanaya was quoted as saying, "I’ve not done TV for six years but I do remember during my time, too, producers used to make excuses." Humari Bahu Silk Producer Jyoti Gupta Reveals That He Too Is A Victim And Is Suffering Like Others (Read Statement).

She continued, "It’s always blamed on the channel. One person passes the buck to the other. I never had to wait for long because the producers I worked with were nice and I was very professional about these things." Sanaya Irani Is Excited About Her Upcoming Short Film Ved and Arya, Says ‘It Was an Incredibly Joyful Experience’.

Recently, actress Donal Bisht had spoken up against the 90-day-payment rule which decrees that actors only get paid after 3 months of their shows going on-air. And now, Sanaya too has offered her two-cents on the whole payment issue in the industry. "Why are you working for somebody for this long? First, producers opt for newcomers who are willing to work for less money. And in the fear of losing work, actors are okay getting paid after eight months," questions Sanaya. Donal Bisht Wants TV Industry's '90-Days Payment Rule' To Be Gone, Urges Actors To Have A Financial Back-Up.

The actress feels that actors need to raise their voice and demand their rights. Says Sanaya, "If you don’t get your money in three months, raise your voice in the fourth month." The actress herself has some pending payments due to her, but says she is willing to understand, given the tough monetary conditions. "I’m willing to wait. I understand that it’s a hard time for everybody. Luckily, I’m not in a hand-to-mouth situation. In such tough times, none of

(The above story first appeared on LatestLY on May 30, 2020 05:10 PM IST. For more news and updates on politics, world, sports, entertainment and lifestyle, log on to our website latestly.com).