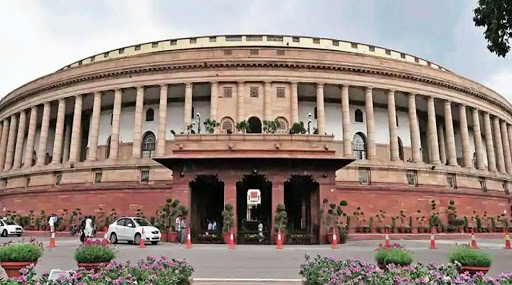 New Delhi, February 10: The BJP on Monday issued a three-line whip to all its Rajya Sabha members, asking them to be present in the House tomorrow and "support the stand of the government". Finance Minister Nirmala Sitharaman will reply in the House on Budget 2020 at 4 pm tomorrow. Mamata Banerjee Jabs Centre on Divestment After Rolling Out 'Populist' State Budget, Says Don't Need to Sell PSUs in West Bengal.

BJP's letter states 'All BJP MPs of Rajya Sabha are informed that some very important Legislative work will be brought to the House on Tuesday, 11th February 2020, to be discussed and to be passed'. https://t.co/kQ03pFZ69k

Earlier, it was announced that there would be no lunch break in the upper House on Tuesday.The first part of Parliament's Budget Session will conclude tomorrow. Parliament will resume from March 2 after a recess.