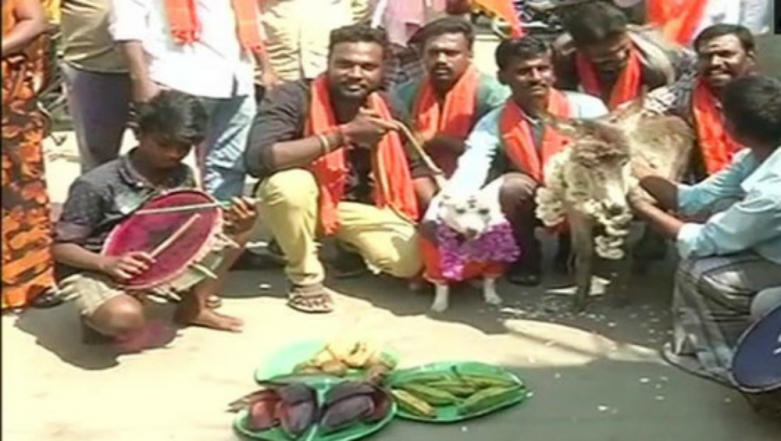 Chennai, February 14: To protest against Valentine's Day celebration, Bharat Hindu Front cadres on Wednesday performed marriage rituals between a dog and a donkey in Chennai. Later the protesters were detained by the Chennai Police.

The dog and the donkey were garlanded with flowers and had their foreheads marked with turmeric in Chennai's Choolai area. The party workers raised slogans against Valentine's Day. The women cadres carried plates filled with materials used as a ritual performed in Hindu marriages.

Meanwhile, members of Bajrang Dal harassed couples at Sabarmati Riverfront in Ahmedabad. The miscreants were later detained by the police.